Journalist shot in front of daughters in Ghaziabad, 5 held 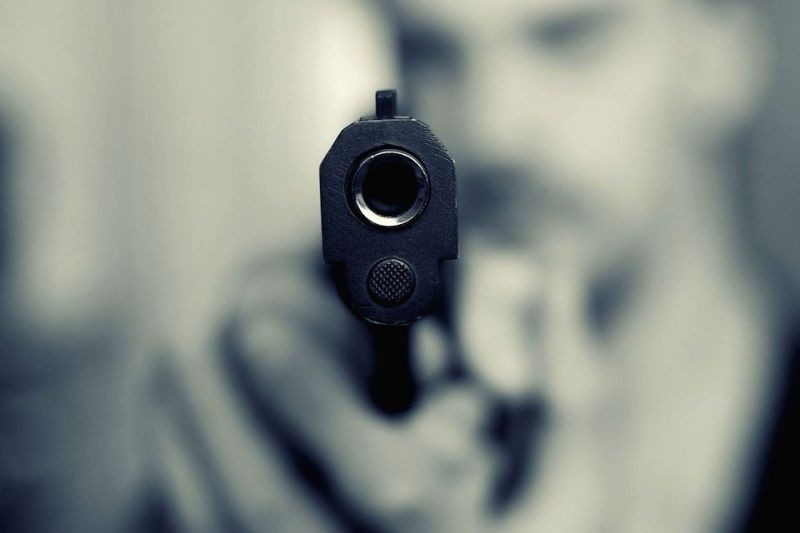 NEW DELHI, JULY 21 (IANS): A brazen act of shooting a journalist has been captured on CCTV camera in Ghaziabad. The journalist was shot on Monday night in Vijay Nagar area while he was on a bike with his two minor daughters.

The incident happened when the journalist Vikram Joshi was returning from his sister's home. He was waylaid and the assailants who were five in number blocked his way and attacked him. Joshi is admitted in critical condition in a hospital where a team of doctors is monitoring his condition.

The incident occurred days after Vikram Joshi had filed a complaint with Vijay Nagar Police Station alleging that some men were harassing his niece.

"Some men were harassing our niece a few days ago and my brother Vikram Joshi had opposed it and also filed a police complaint. A case was also registered following which he was shot by those miscreants." Aniket Joshi, brother of the victim, said.

In the video, the daughter of the journalist could be seen rushing towards him -- crying, screaming for help after the assailants fled the scene. The girl sits on the road next to her father, trying to seek help from the passer-by.

Acting swiftly, the Ghazaibad Police managed to crack the case and arrested the accused.

"We have arrested five accused in connection with the case in which a journalist was shot by some men in Ghaziabad's Vijay Nagar. They have been identified as Mohit, Dalbir, Akash, Ravi and Shakir," said Kalanidhi Naithani, Senior Superintendent of Police, Ghaziabad.

Meanwhile, the Congress has criticised the Yogi Adityanath government in Uttar Pradesh on the law and order situation in the state.

Congress Working Committee member Jitin Prasada has said, "Law and order has collapsed and even journalists are not spared. This is happening under the nose of the police."