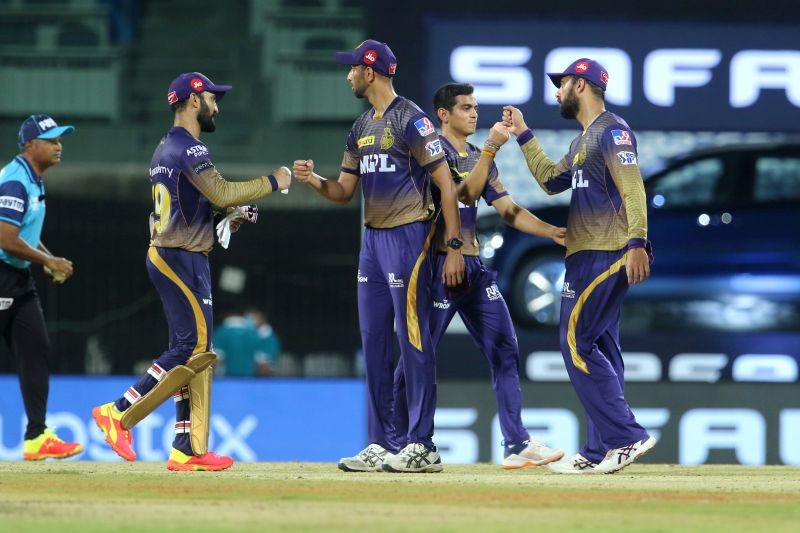 SRH's Rashid Khan (2/24) was yet again at his best, asking tough questions to the KKR batsmen but most of his bowling colleagues proved ineffective on a slow yet decent batting wicket.

Hyderabad lost skipper David Warner (3) and Wriddhiman Saha (7) early and were always playing a catch-up game despite Jonny Bairstow's fighting half-century. They could manage 177 for five in the end.

Warner was dropped on nought by Pat Cummins in the first over bowled by Harbhajan Singh but he could not make good use of the life and became a victim of pacer Prasidh Krishna while Saha was cleaned up by Shakib Al Hasan.

Jonny Bairstow (55) and Manish Pandey (61 not out) formed a partnership at a steady run rate. Australian pacer Cummins broke their 92-run stand when he had Bairstow caught at backward point by Rana.