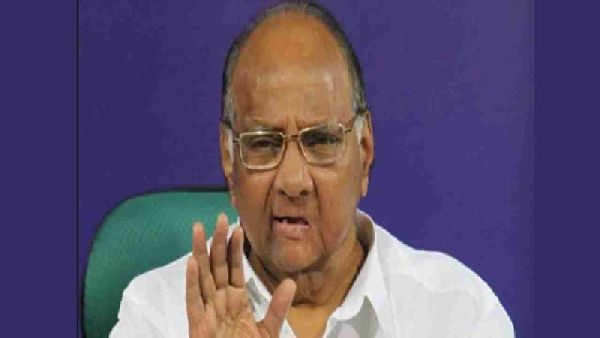 Mumbai, August 20 (IANS): In a potent remark, Nationalist Congress Party President Sharad Pawar on Thursday expressed hope that the Sushant Singh Rajput case should not go like the Narendra Dabholkar murder of 2013 which remains unsolved by the Central Bureau of Investigation (CBI).

Paying tributes to the late anti-superstition activist Dabholkar on his 7th death anniversary, the NCP supremo also said that the Maha Vikas Aghadi government led by Chief Minister Uddhav Thackeray will cooperate with the CBI in the Sushant probe.

"I hope the (SSR) investigation will not be like the Dabholkar murder case... The CBI started the probe in 2014 but till date there is no conclusive outcome," Pawar said in his first reaction after the Sushant probe was transferred to the central agency by the Supreme Court on Wednesday.

Renowned rationalist and founder of Maharashtra Andhashraddha Nirmoolan Samiti (MANS), Dabholkar -- a medico -- was shot dead near his Pune home while on a morning constitutional on August 20, 2013.

After the initial investigations by the Maharashtra Police, the Bombay High Court took cognizance of a PIL and handed over the probe to the CBI in 2014, though there were no suspicions raised on the probe by the state police.

In a statement, the late Dabholkar's children -- siblings Hameed and Mukta -- Argued that even seven years later, the Dabholkar murder remains a mystery, and "it is extremely painful that an agency like the CBI had not been able to complete the probe".

They also urged the CBI to trace the masterminds of the conspiracy otherwise the threat to rationalist thinkers, activists and journalists will continue to exist.

The Dabholkar siblings also contended that the killings of other prominent personalities like Govind Pansare (February 2015) in Kolhapur, besides M.M. Kalburgi (August 2015) and Gauri Lankesh (September 2017) both in Karnataka - are "interlinked", with common perpetrators, and same weapons used in more than one of the crimes.

Slamming Pawar for his comments, opposition Bharatiya Janata Party MLA Atul Bhatkalkar said that the NCP leader had forgotten that - at that time - the Congress-NCP government was in power in the state.

"Why was the case not probed then? Did the police do what they did now (in the Sushant case)?" Bhatkalkar demanded.

Meanwhile several prominent people, rights and rationalist activists and social figures paid tributes to Dabholkar online and in Pune to mark his death anniversary on Thursday.