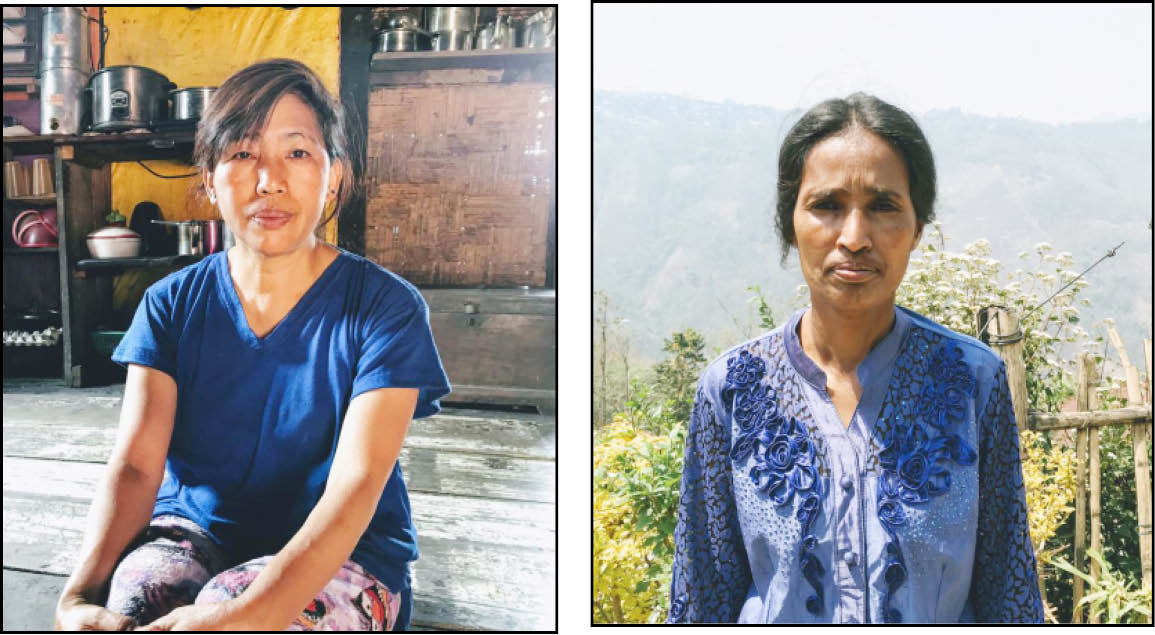 When the government imposed the lockdown as a measure to combat the COVID-19 pandemic, the lives of many daily wage earners took a turn for the worse. Back to their starting points and no source of income, even buying the most basic commodity- food, has become almost impossible.

There are thousands of lives affected by the lockdown and two women from Tuensang share their story.

“No one in my family has a proper job. My boys used to earn daily wages but after the lockdown they are left with no work and no means to earn,” says Nyimang, a 52 year old widow from Tuensang town.

Three of her sons, two of whom are married, live in the same house with her while two others stay with relatives outside Tuensang. Her husband was a tractor driver for the Tuensang Town Council until his death in the year 2003 and left no savings or pension for his family.

With many mouths to feed, Nyimang looks at her dwindling stock of food and worries that the few kilos rice she receives through her ration card will not be enough to sustain them.

“When they were working, we were able to buy additional rations. But it has been two weeks since my sons have worked,” she says. As daily wage earners, her sons earned Rs 300 per day and most of it went towards their daily sustenance.

Nyimang says that everyone is going through the same thing and expressed reluctance to go out and ask for help from her neighbours. Even relatives have also stopped visiting them.

“Now they have their own families to look after. How long will they come to help us?” she says as her grandchild playfully pulls her hand.

“I know there are many people in my colony going through hard times but I don’t think anyone else suffers like me,” she sighs.

There is also the story of 47-year-old Monyu whose husband decided to live by himself in the woods looking after their field and making rare visits.

Following this, Monyu who is a weaver, took on the responsibility of providing for herself and her five children. But the family’s misfortune took a turn for the worse when Monyu suffered a mild stroke on September 2018.

“Earlier when I was healthy I use to weave 3-4 shawls in a month, working from 8:00 am to 4:00 pm everyday. But now I am unable to continue in the same manner,” she says.

Unable to use her left hand and legs properly, Monyu also says that she cannot continue her medication because she has no money. “Sometimes I make Rs 500 a day doing odd jobs and if I buy medicine from it what will we eat at home?” she says.

Monyu says that the family depended on the 16 kgs of rice provided to families living below the proverty line. However, the supply is erratic and it is not sufficient to feed a family of seven. And now with the lockdown, Monyu laments that there is no place for her to earn even a single rupee.

People have been saying that there is no need to worry “But it’s tough not to feel the panic when we have to live in these conditions,” she says.