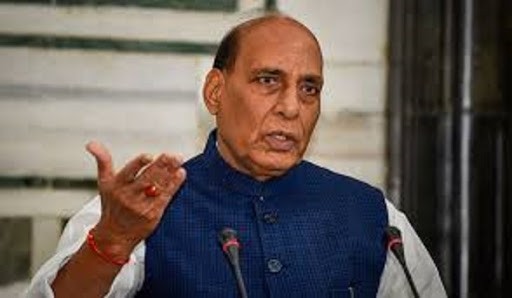 New Delhi, June 17 (IANS) Union Defence Minister Rajnath Singh said on Wednesday that the loss of soldiers in Galwan Valley in eastern Ladakh at the Line of Actual Control was "deeply disturbing and painful."

India lost 20 of its soldiers, including an officer, during a violent attack carried out by the Chinese People's Liberation Army on Monday night.

He said that Indian soldiers displayed exemplary courage and valour in the line of duty and sacrificed their lives in the highest traditions of the Indian Army.

"The Nation will never forget their bravery and sacrifice. My heart goes out to the families of the fallen soldiers," the Union Defence Minister said.

He also said that the nation stood shoulder to shoulder with them in this difficult hour. "We are proud of the bravery and courage of India's bravehearts," Singh said in a statement.

Before issuing the statement, Singh held a meeting with Chief of Defence Staff General Bipin Rawat and three service chiefs to discuss the current situation in eastern Ladakh.

He also deliberated over the new strategy to be drawn out for the entire Line of Actual Control and also the government's tough decision pertaining to China.

Indian Army lost 20 of its men, including officers, in an unprecedented violent clash with the Chinese People's Liberation Army troopers in the Galwan Valley on Monday night. The force said the death toll may increase, as many soldiers were grievously injured.

The "causality numbers could increase" as the number of critically injured personnel is more than 10, the sources said.

An Indian Army official, however, refused to comment on the numbers, but just said "several are injured".

In a statement issued on Tuesday night, the Indian Army stated, "17 Indian troops who were critically injured in the line of duty at the standoff location and exposed to sub-zero temperatures in the high altitude terrain have succumbed to their injuries, taking the total that were killed in action to 20."

The force further said that Indian and Chinese troops have disengaged in the Galwan area where they had earlier clashed on the intervening night of June 15/16.

It said the Indian Army is firmly committed to protect the territorial integrity and sovereignty of the nation.

These are the first casualties suffered by either armies since 1975 when an Indian patrol was ambushed by Chinese troops in Arunachal Pradesh.

The latest clash took place after Brigade and Company commander-level talks took place in eastern Ladakh between the two militaries.