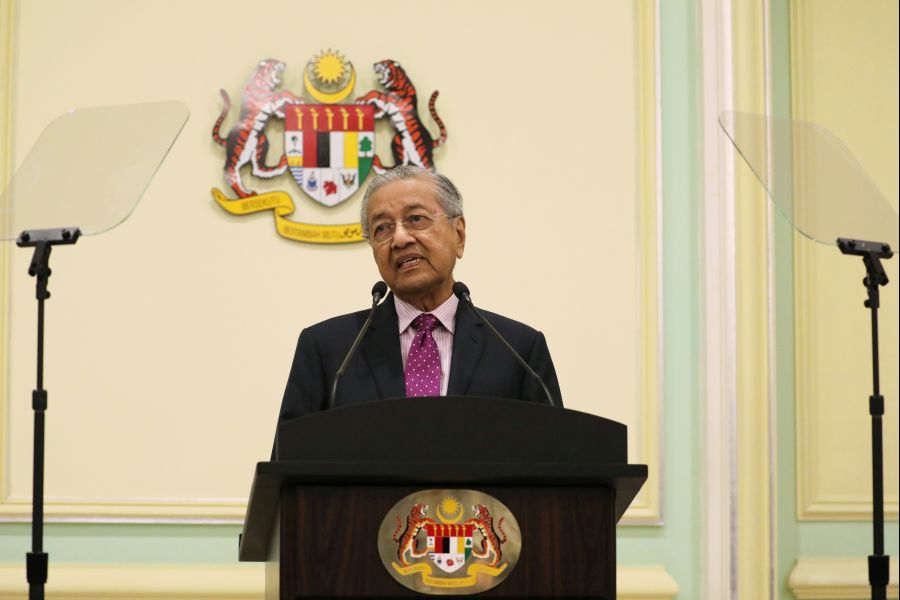 KUALA LUMPUR, February 28 (Reuters): Uncertainty grew over the political future of Malaysia and the man who has dominated it for decades on Friday as the royal palace rejected Mahathir Mohamad's plan for a vote to choose a new prime minister.

Meanwhile, Mahathir's party chose a different candidate for prime minister four days after the 94-year-old's resignation from the position plunged the Southeast Asian country into turmoil.

"The palace will continue to engage with leaders of political parties for their lawmakers to voice their preferred candidate for prime minister," the palace said in a statement.

Mahathir's resignation, widely perceived as an attempt by the world's oldest government leader to consolidate power, shattered his coalition with old rival Anwar Ibrahim that won a surprise election victory two years ago.

His announcement about a special session had angered an opposing coalition of three parties led by Anwar, 72, who said it was inappropriate for Mahathir to pre-empt a decision by the king, whose powers would be challenged by a parliamentary vote.

Mahathir said on Thursday the parliamentary vote was necessary after the king found no party had a majority during individual consultations with all 222 elected members of parliament.

On Friday, Mahathir's Bersatu party announced that its candidate for prime minister would now be former interior minister Muhyiddin Yassin.

In an alliance with Anwar, Mahathir left retirement in 2018 to win back the post he held from 1981-2003 on an anti-corruption platform. But tension had persisted between the two over Mahathir's promise to one day hand power to his long-term rival. No date for that was ever set.