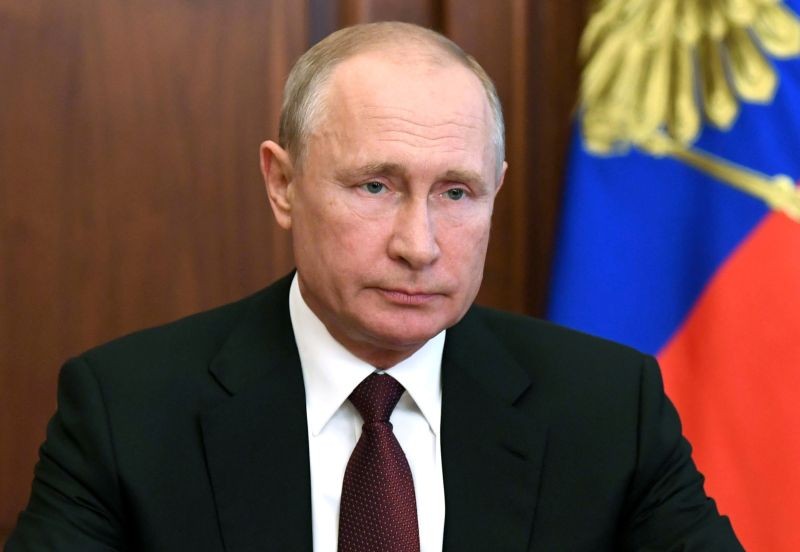 MOSCOW, June 25 (Reuters): Russians began casting ballots on Thursday in a vote that could clear the way for President Vladimir Putin to stay in the Kremlin until 2036 if re-elected, a process that critics say is a constitutional coup.

Some election officials wore full protective suits, gloves and masks, and took voters' temperatures as seven days of voting got under way across the world's largest country.

Opponents have complained about the safety of voting during the COVID-19 pandemic and about possible fraud, and have said the 67-year-old former KGB officer, who has ruled as president or prime minister since 1999, has been in power too long.

Russia has reported over 600,000 COVID-19 cases, and there are thousands of new infections daily, but authorities say the novel coronavirus is in retreat and that safety precautions are being taken for the vote.

If, as expected, the constitutional changes are approved, Putin will be eligible to run for two more back-to-back six-year terms after his current one expires in 2024. Putin says he has yet to decide whether to run.

Critics say he intends to cling to power. Others believe he is keeping his options open to avoid becoming a lame duck.

Some voters said Putin had earlier suggested this term would be his last as president and accused him of a U-turn.

"This man (Putin) is changing his mind very quickly. First he was saying one thing and then another. Even my family have stopped supporting him, especially after the quarantine. People have just lost faith in the man,” said Maria, a Moscow student.

Others said Putin had earned the right to run again.

"In many countries, for example in Germany, there is no legal limit on the number of presidential terms," said Konstantin Korzinin, a state employee in Moscow. "The most important thing for a leader is that they govern well. I think the guarantor of our constitution is doing a good job."

The vote is on a large bundle of constitutional changes, already approved by parliament and the Constitutional Court, which the Kremlin says are needed to strengthen the role of parliament, improve social policy, and lock in stability.

With state media supporting Putin, and the president facing no immediate threat from a divided opposition, the vote is expected to go his way despite rising unemployment and the economic impact of the coronavirus outbreak.

The central bank forecasts a 4%-6% GDP drop this year, while the International Monetary Fund projects a 6.6% decline.

'YOU CAN BOYCOTT IT'

State pollster VTsIOM has forecast that 67% to 71% of voters will endorse the changes.

Critics say the vote is a sham that will be falsified, that authorities are going to extraordinary lengths to get the vote out, and that state employees are being pressured into voting.

Election officials say it will be free and fair.

Pictures on social media showed a polling station set up in the back of a car in Vladivostok and people voting in a bus in the town of Tver, while a journalist for TV Rain, which often criticises the Kremlin, filmed himself voting once at a polling station and again electronically.

Opposition politician Alexei Navalny has called for a boycott. "Voting on the amendments is illegal, pointless and dangerous for your health," Navalny wrote before the vote.

Putin said on Sunday he was keen to end speculation about a successor that might hinder government work.

"We must be working, not looking for successors," he said.

Putin's approval rating is at 59%, according to independent pollster Levada. Although high by most countries' standards, it is at its lowest since 1999.