Maritimo upset Benfica as title hopes slide even further away 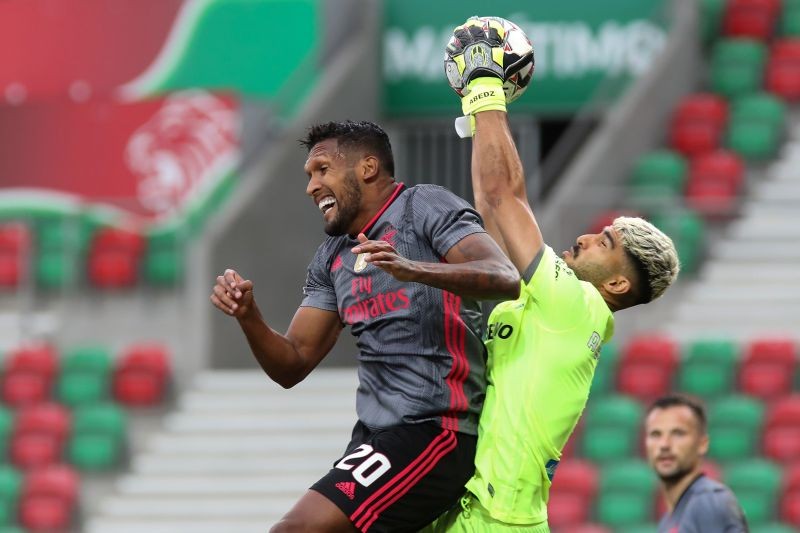 LISBON, June 30 (Reuters): Struggling Maritimo scored twice in the space of four second-half minutes to register a shock 2-0 home victory over Benfica on Monday and hand the Portuguese champions another setback in their bid to defend their league title.

The pace of home right back Nanu proved the difference as he raced away on the counterattack to square for Jorge Correa to score the first goal in the 74th minute. He then repeated the feat to set up Rodrigo Pinho for a second in the 78th minute.

On both occasions, he outsprinted the Benfica defenders, squared the ball to the back post to allow his team mates to score.

It might have been even more emphatic when a long ball in the last minute set Joel Tagueu away on another Maritimo counterattack, but his goal was ruled out by VAR as he was inches offside as he set off on his run.

The result continued Benfica's horrid post-lockdown form. They remain three points behind league leaders and rivals FC Porto, who can go further ahead later on Monday when they take on Pacos Ferreira.

It was a boost to Maritimo's fight for survival, moving them from 16th to 12th place and seven points clear of the bottom two places in the Premeira Liga.

Monday's match in Madeira was a fifth for Benfica since the Portuguese league returned after the COVID-19 lockdown.

They drew their first two, then came from behind to edge Rio Ave 2-1 at home before last Thursday suffering a shock 4-3 home defeat by Santa Clara.