Mee heads Burnley up to eighth with win at Palace 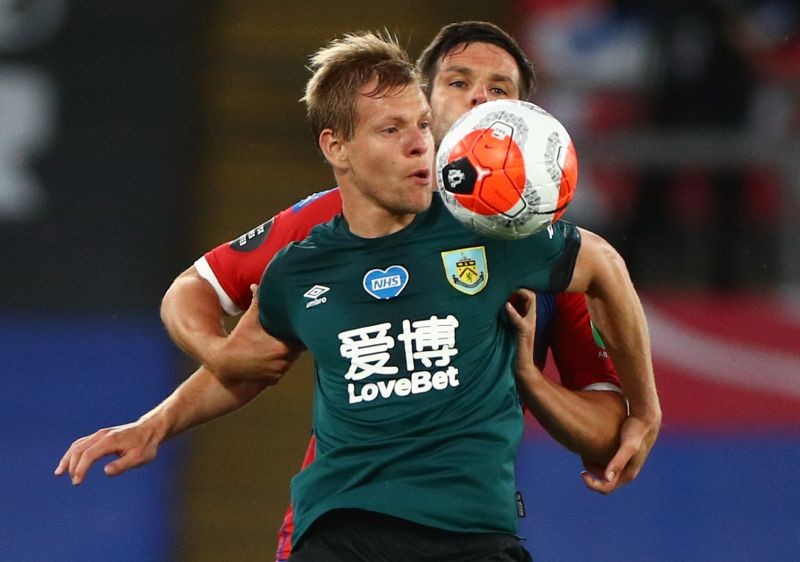 LONDON, June 30 (Reuters): Burnley moved up to eighth in the Premier League after a header from captain Ben Mee earned them a 1-0 win at Crystal Palace on Monday.

Sean Dyche's side move above Arsenal and Sheffield United and on to 45 points, level on points with Tottenham Hotspur, who have played a game less.

Despite being depleted by injuries and with another incomplete and inexperienced substitute bench, Burnley were well on top in the first half with Dwight McNeil influential in a central role.

Palace were stronger after the break but fell behind shortly after the hour mark when Mee launched himself at an Ashley Westwood free-kick and Palace keeper Vicente Guaita could only push the ball in off the post.

Roy Hodgson's team piled on the pressure in the final minutes but Burnley, who have lost just once in the last ten games, hung on to secure the three points which will give them hope of a push towards possible Europa League qualification.

"There's a long way to go because of how thin our squad is. There are no excuses though and the mentality is good, the physicality has to remain strong," said Dyche.

The win was particularly impressive for Burnley who had one fit striker in Matej Vydra and had to bring on reserve centre half Kevin Long when midfielder Jack Cork went down injured.

Dyche has been critical of the club's chairman Mike Garlick after three players left the club last week when their contracts ran out but he brushed off a question about his future.

"Everyone keeps talking about my future apart from me. I'm getting on with my job as I always do - I'm still here," he said.

"We have a group that give everything and we saw that again tonight. When you think before lockdown, in the 100 days, the fabric of the club has changed somewhat. We have a group here who will never go under and we have some youngsters here who can see that."