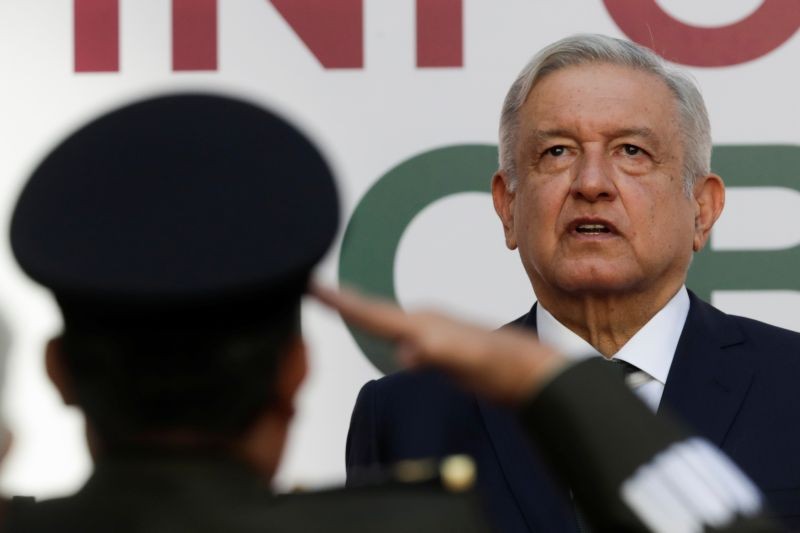 MEXICO CITY, September 1 (Reuters): Mexican President Andres Manuel Lopez Obrador's approval ratings have risen during the coronavirus pandemic, with a majority of surveyed voters applauding his campaign to crack down on political corruption, an opinion poll showed on Tuesday.

Lopez Obrador now holds a 65% approval rate, according to a nationwide survey of 1,000 voters in face-to-face interviews conducted by pollster Parametria from Aug. 26 to 30.

The rate rose from 54% in March, just as the coronavirus crisis took hold in Latin America's second-largest economy. Lopez Obrador will give a state of the nation address on Tuesday, as Mexico stands in fourth-place globally for most lives lost to the pandemic.

Parametria's August poll was its first in-person survey since February, and comes a day after a door-to-door poll from newspaper Reforma showed the president's approval fell to 56% in August from 59% in March.

When asked about the Reforma results at his daily news conference on Monday, Lopez Obrador said he suspected the newspaper had selectively chosen to interview his opponents. His own poll showed his popularity as high as 70%, he said.

According to Parametria, 46% of respondents said Mexico is "on the right path," compared to 43% in a January-February poll.

In a ranking of Lopez Obrador's performance in more than a dozen areas, including education, poverty and jobs, he scored highest in the effort to root out corruption, with 67% of respondents classifying him as "good" or "very good."

The fight against drug trafficking ranked the lowest, with just 43% of respondents giving him a positive score.

In all the areas he scored notably higher than his two predecessors.