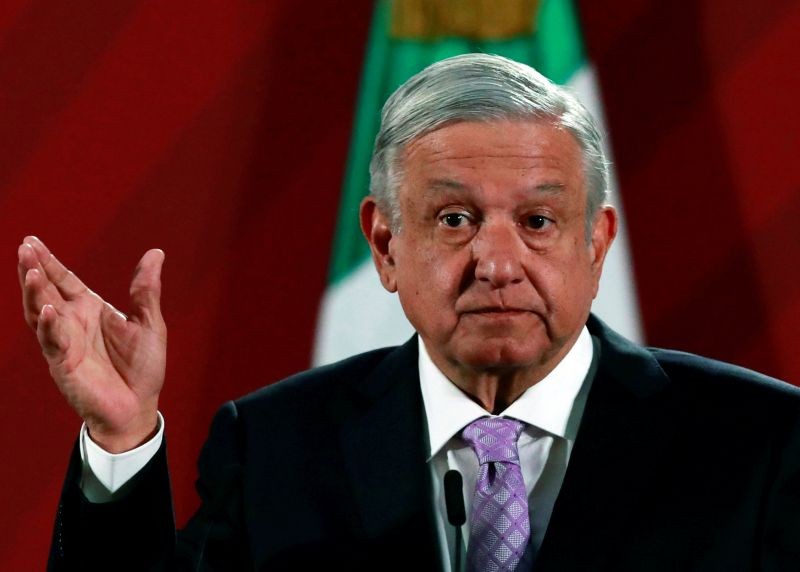 Lopez Obrador called on Lozoya to come forward with evidence to back his accusations and said Pena Nieto's predecessor Felipe Calderon should also have to testify along with several unnamed lawmaker.

"Ex-president Calderon, ex-president Pena (Nieto), the lawmakers that are mentioned, the senators, all those mentioned have to testify," Lopez Obrador said at his daily morning news conference.

Lopez Obrador's naming of Calderon appeared to reflect part of Lozoya's complaint that the attorney general said referred to irregularities in the construction of a petro-chemical plant.

Lozoya's allegations raise the stakes in an anti-corruption drive that Lopez Obrador has put at the heart of his agenda ahead of mid-term elections next year.