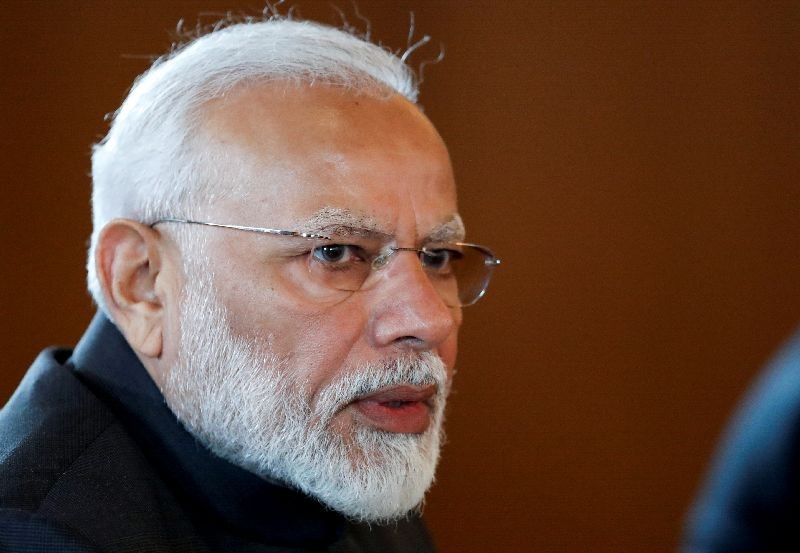 Amit Shah, who is Modi's top lieutenant as well as India's home minister, was admitted to a private hospital near Delhi on Sunday, four days after attending a cabinet meeting which the prime minister presided over.

But preparations are continuing for Modi to visit a temple that is being built in honour of Hindu god-king Ram in Ayodhya, said the Shri Ram Janmabhoomi Teerth Kshetra Trust, which is driving its construction at the site of a mosque that was razed nearly three decades ago.

Modi's office did not respond to an email seeking comment, but the Vishwa Hindu Parishad, another group involved in the temple's construction at a site long disputed with Muslims, said Modi would make the visit.

Sources familiar with the situation said an official announcement on the visit to the temple was expected on Tuesday.

The sources dismissed undue concern about others falling ill after Shah, saying social distancing rules had been followed at last week's cabinet meeting, which was held at Modi's residence.

It was not immediately clear whether Modi and others who attended had subsequently been tested for COVID-19.

Indian government data on Monday showed 52,972 new coronavirus patients had been registered in the previous 24 hours, taking India's total to 1.8 million - the third highest in the world after the United States and Brazil.

With 771 new deaths, COVID-19 has now killed 38,135 people in India, including a minister on Sunday in the state of Uttar Pradesh.

Shah's admission to a private hospital drew criticism on social media in a country where public health infrastructure is creaking after years of under-investment. An aide said Shah was paying for his treatment and wanted to reduce pressure on government hospitals.