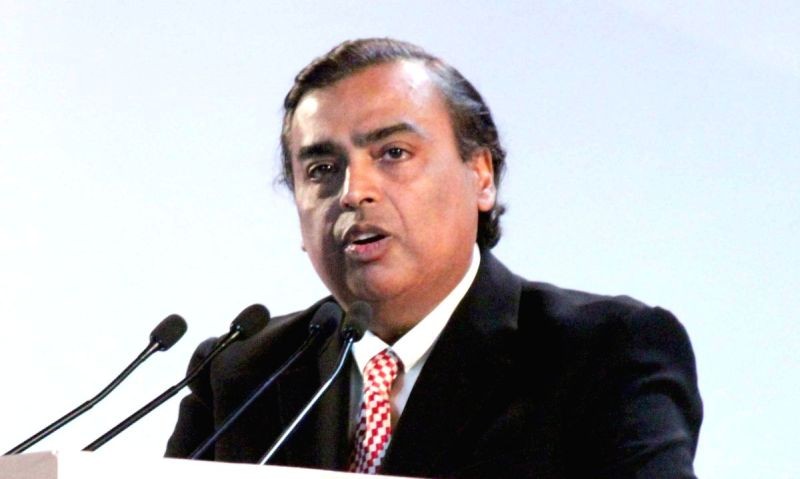 His total wealth has surged by 73 per cent in the last 12 months, propelling him to become the richest individual in Asia and fourth richest person in the world.

"A 28 per cent of the upswing in wealth on the list has been bestowed by Mukesh Ambani, bespeaking Ambani's meteoric success post diversifying from oil to telecom and retail. A further 21 per cent of the additional wealth has been generated by pharma, mainly on the back of the rise in healthcare spends and a realigned priority towards personal healthcare stimulated by the Covid-19," Anas Rahman Junaid, MD and Chief Researcher, Hurun India said.

With rising new wealth creators such as innovative startups, family businesses with strong professional management, investors who believe in the India story, and a demographic advantage that is inferior to none, the India's wealth creation story is still yet to reach the half-way mark, the report said.

"Assuming that for every one Hurun rich lister we have found, we have probably missed two, it is likely that India today has 2,000 individuals with Rs 1,000 crore," continued Anas Rahman Junaid, MD and Chief Researcher, Hurun India.

The cut-off for the top 10 rose by 6 per cent to Rs 76,000 crore this year, a 10 per cent increase compared to the previous year. The cumulative wealth of IIFL Wealth Hurun India Rich Listers have increased by 20 per cent compared to that of last year. 84 individuals have migrated from India and are NRIs. 19 saw their wealth double year on year.

All three of Udaan founders became the highest gainers in terms of wealth as compared to the 2019 edition -- with increase of 274 per cent in each of their wealth.

Chigurupati Krishna Prasad of Granules India, also registered a 218 per cent jump in the wealth to Rs 3,500 crore. With a wealth of Rs 4,500 crore, Ritesh Agarwal (26) of Oyo Rooms is the youngest person on the list and with a wealth of Rs 5,400 Crore, Dharam Pal Gulati (96) of MDH is the oldest on the list. Nearly 5 per cent of the list (40 individuals) is comprised of women. 10 out of these 40 women are self-made.

The richest woman in the list is Smita V Crishna, of Godrej with Rs 32,400 crore, followed by Kiran Mazumdar-Shaw, of Biocon with a wealth of Rs 31,600 crore.

Being home to 217 individuals that comprise 26 per cent of the list, Mumbai is the residential capital of India's wealthy, followed by New Delhi and Bengaluru. In the year 2020, Mumbai registered an increase of 41 individuals from the rich list, while New Delhi lost 5 of them. More than half of the new additions in IIFL Wealth Hurun India Rich List 2020 are contributed by top three cities this year -- this was 36 per cent last year. Further, with 248 and 128 entrants respectively, Maharashtra and Delhi are the preferred states of residence for individuals in IIFL Wealth Hurun India Rich List 2020.