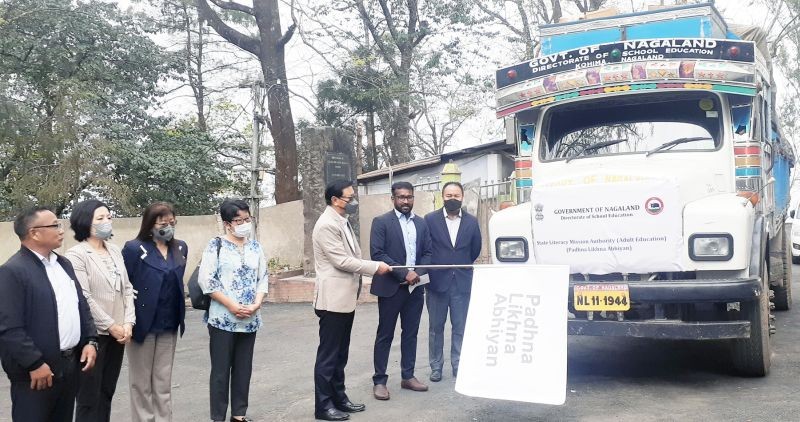 An adult education scheme called ‘Padhna Likhna Abhiyan’ under Ministry of School Education and Literacy, Government of India was launched in Nagaland on April 8.

Sukhalu said that literacy rate of the state of Nagaland is high in the country and at the same time the drop-out rate is also very high. He said that are still many people in the state who do not know how to read and write. He expressed happiness that Prime Minister Narendra Modi has come up with the adult education scheme realising the importance of literacy.

He appealed the teacher volunteers that will engage in the adult education programme to be sincere. He also told the village functionaries to get involved in this programme so that the message is reached out to all.

Kevileno Angami, Special Secretary, School Education said that Padhna Likhna Abhiyan was launched in September 2020 by Prime Minister Narendra Modi for implementation across the country amidst the Covid-19 pandemic to meet the challenges of learning.

She said as per Nagaland’s 2011 census, about 14% of people are still illiterate (around 3 lakh people). “Our task is to make them literate,” she said. Kevileno maintained that there are many people who cannot read signage, newspapers and are dependent on radio for daily update.

For initial stage, this scheme will cover three districts- Mokokchung, Tuensang and Kiphire for four months. Government of India is providing learning materials for 'free of costs,' Kevileno said. She said that the scheme will also cover the remaining districts in phase manner.