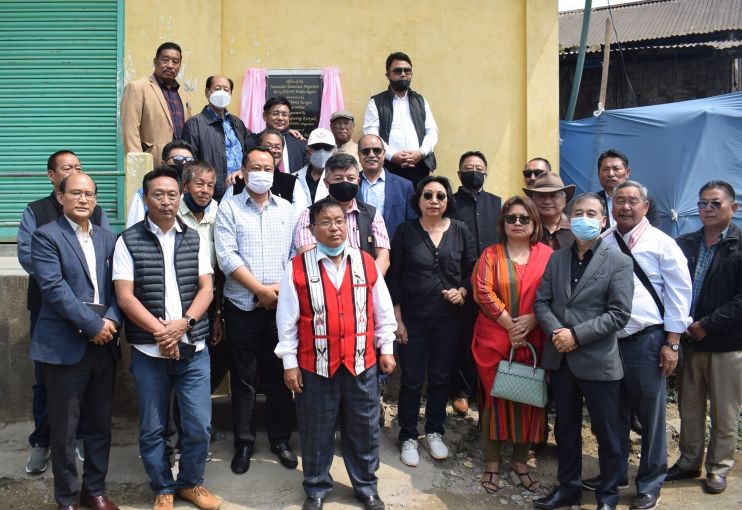 NDPP workers with CM and others during the inauguration of Wokha region office building held on April 8.
Nagaland
8th April 2021

A press release received here stated that in a short speech, Chingwang disclosed that NDPP will soon have regional office in all the districts. He said that “To strengthen the party, all active party workers and members need to streamline and play a vital role starting from grass root level.”

Attending the function, Chief Minister, Neiphiu Rio said that NDPP will continue to have seat-sharing, adjustment and alliance with BJP in the State. He said that the PDA government, BJP and NDPP alliance is doing well and it will continue to strengthen the relationship. “NDPP is regional in character but National in outlook,” Rio reiterated.

On the Naga issue, Rio said that the opposition and the ruling government are moving together to bring permanent peace in Nagaland.

Advisor Horticulture & Border Affairs, Mhathung Yanthan in his speech mentioned that the party is getting more attention and momentum in the district. He assured that only NDPP will bring change in Nagaland and therefore, called the party workers and members to work as loyal party workers in fulfilling the dreams of the Naga people.

NDPP Secretary General, Abu Metha in a short speech said, “We cannot grow in isolation and it requires partnership.”

He also said that “change is coming” was the election slogan but today change is here through NDPP with PDA alliance government.