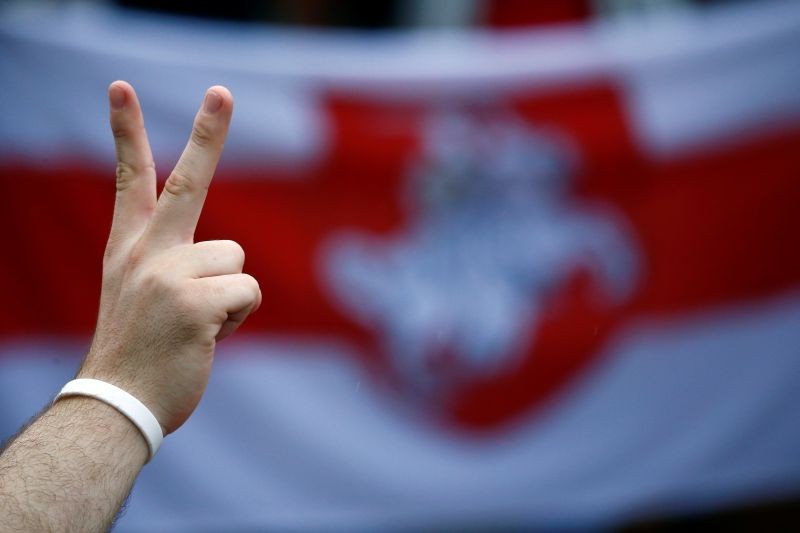 A person flashes the victory sign in front of a historical white-red-white flag of Belarus while attending an opposition demonstration to protest against presidential election results at the Independence Square in Minsk, Belarus on August 25, 2020. (REUTERS Photo)

BRUSSELS, August 26 (Reuters): NATO Secretary-General Jens Stoltenberg said on Wednesday that any attempt by the Belarusian government to use the Western alliance as a scapegoat and crackdown on protests was "wrong and unjustified."

Speaking in Berlin before a meeting of European Union defence ministers, Stoltenberg also called for free and fair elections in the country after an Aug. 9 election that opponents of President Alexander Lukashenko say was rigged.

"There is no military NATO buildup in the region, so any attempt by the regime in Belarus to use NATO as an excuse or a pretext to crack down on demonstrators in their own country is absolutely wrong and absolutely unjustified," he told reporters.