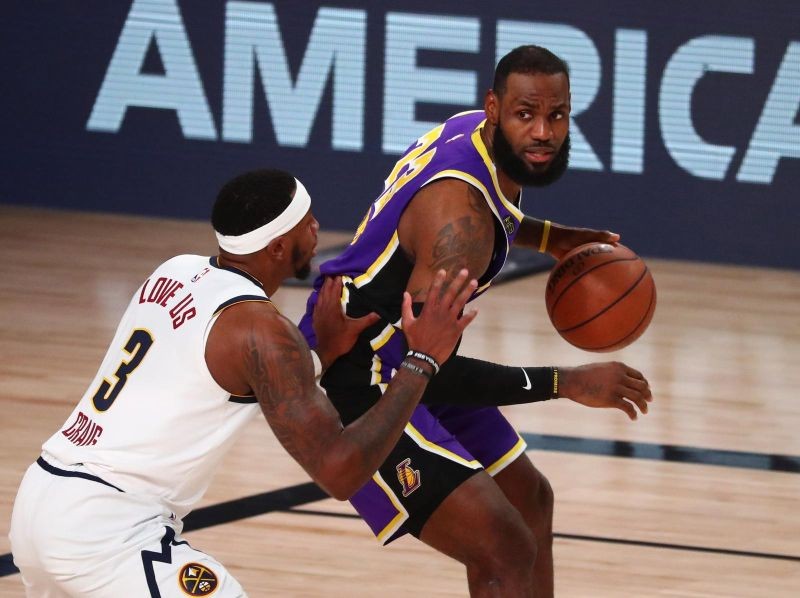 Saturday night's game was the 10th NBA Finals appearance for LeBron James and first in a decade for Lakers.

This will be Lakers' 32nd NBA Finals, most in the history of the NBA. Lakers, who last won a championship in 2010 with Kobe Bryant, now have a chance to equal the tally of 17 titles, a record held by their arch-rivals Boston Celtics who are also contesting for a place in the Finals.

James was an unstoppable juggernaut with 38 points, 16 rebounds and 10 assists on 15-for-25 shooting in Game 5, all this in his 17th NBA season. Anthony Davis' 27 points was icing on the cake. For Nuggets, Nikola Jokic and Jerami Grant each scored 20 points.

"My teammates said bring us home and it was my responsibility to try to make the right plays and do the right things on the floor to help us win ballgames," James said during a trophy presentation as per an NBA release.

Lakers head coach Frank Vogel lavished praise on James. "I just feel like he has had a chip on his shoulder all year long. Everybody has doubters and to be in the Eastern Conference and get there as much as he had and now to come over the Western Conference and to do it with a third team is just an enormous accomplishment. So much respect and love for him. He has empowered this whole group by buying into the plan we had and how we wanted to play this year," said Vogel.

Vogel's counterpart Michael Malone also hailed James as one of the greatest of all time.

"If you just step back and marvel at what LeBron is doing at this stage of his career, how he finds ways to improve and get better and take whatever team he is on to new heights, that defines his greatness. He is one of the greatest ever to do it and his resume speaks for itself," said Malone.