'No bigger motivation for quitting tobacco than current health crisis' 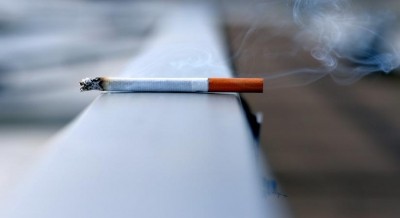 New Delhi, May 31 (IANSlife) With mortality rates of Covid-19 being higher among patients with co-morbidities which are directly related to tobacco, Rajiv Gandhi Cancer Institute and Research Centre (RGCIRC) has launched an awareness drive to convince people to quit smoking during these times of health crisis. It is well established that tobacco is a key reason for co-morbidities in a person such as cardiovascular disease, diabetes, hypertension, chronic respiratory disease and cancer.

"Covid-19 is primarily a disease of the respiratory system. Since lungs and respiratory tract in tobacco smokers are already compromised, the severity of Covid-19 infection in smokers, such as difficulty in breathing, is far higher than the non-smokers, said A K Dewan, Director Surgical Oncology, Rajiv Gandhi Cancer Institute and Research Centre.

According to L M Darlong, Head of Thoracic Oncosurgery at RGCIRC, tobacco is the single leading cause of cancer in India. These include Lung cancer, Head and Neck Cancer, and Oral cancer which are directly related to tobacco consumption. In case of lung cancer, smoking is the leading risk factor and accounts for two-third of lung cancer incidence.

"Smokers are affected far more with severe Covid complications than non-smokers, so quitting tobacco should be the top most promise that one should make to one self," said Mudit Agarwal, Sr. Consultant -- Head & Neck Surgical Oncology at RGCIRC. The World Health Organization (WHO) has also stated that tobacco use increases the risk of suffering from serious symptoms due to Covid-19 illness. Smokers have up to a 50 per cent higher risk of developing severe disease and death from Covid-19, WHO has stated.

According to a recent report released by the National Cancer Registry of India (NCRI) under the Indian Council of Medical Research, as many as 27 per cent of cancer cases are caused due to tobacco consumption.

As per the Global Adult Tobacco Survey (GATS): India 2016-17, nearly 267 million, or 29 per cent Indians aged 15 and above used tobacco in different forms. This makes the tobacco consumption in India as one of the highest in the world.

According to Mudit Aggarwal, all those using tobacco should go for regular screening. Oral cancer can be detected early in the pre-cancerous stage through regular screening. In case of early detection, we can have Robotic surgery so that side effects of surgery could be minimised. In case of delay, the cost of treatment is high and survival is poor. Oral cancer is the most common cancer in males in India. Non-healing ulcer in the mouth especially painless ulcers and any lump in the neck are warning signs that should not be ignored.