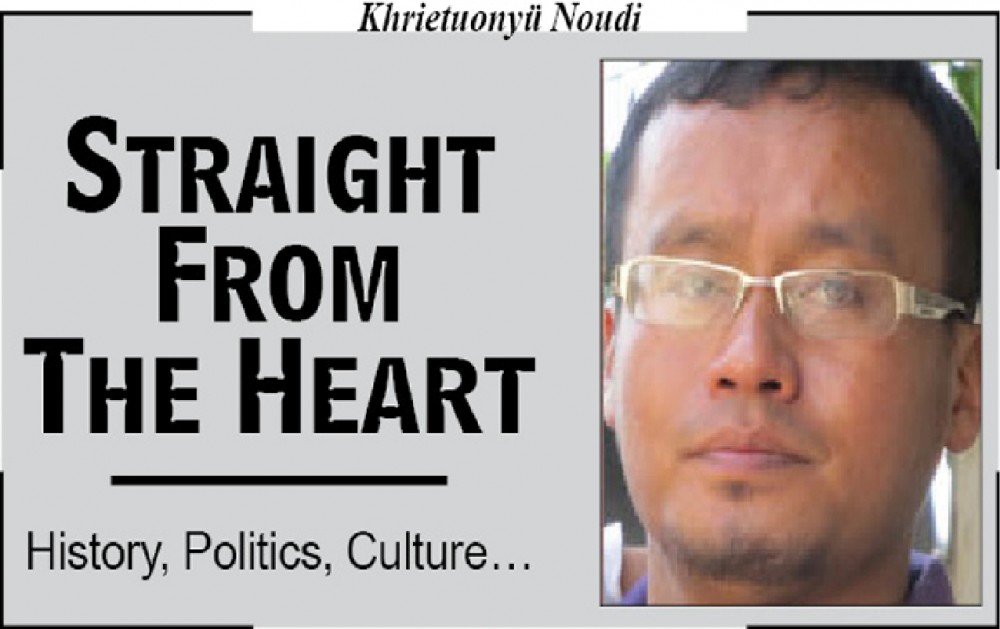 Let me begin today’s discourse with the story of a king who inherited a big kingdom from his father. Since he inherited a kingdom rich in wealth and mighty in name, he was respected and considered great and mighty by the people. But overtime, this king became lazy and became so accustomed to the compliments, praises and respect showered on him by the people. He did not think about enlarging his kingdom and making it bigger and more powerful. He also did not think about multiplying the wealth and resources he inherited and also did not bother about improving the living standards and economic conditions of his people. In other words he did not think about doing anything worthy or great for himself and his people even though he had ample time, resources and manpower at his disposal to do so. Rather he took pride in the past glories and achievements of his predecessors. He flamboyantly displayed the rich wealth and resources that he inherited.

One day, while the king was walking in his palace garden with his prime minister, he accidentally fell into the garden pond. Since the king could not swim, his prime minister stretched out his hand to him and told the king, “Your majesty, GIVE me your hand and I will pull you out from the waters”. But the king did not GIVE his hand to the minister. Even after repeated appeals by the minister for the king to GIVE his hand, the king did not oblige. Finally the minister realized that the king was not used to ‘Giving’ things but he was only used to ‘Taking’ from others. So this time the minister changed his vocabulary and instead of saying, “GIVE me your hand” he said “TAKE my hand and I will pull you out of the waters”. When he heard the word ‘Take’, the king immediately stretched out his hand because he was so accustomed to taking things from others and thus the minister was able to pull the king out of the waters.

Have we Nagas also become so accustomed to only taking things from others and totally forgotten how to give? Have we become so accustomed to receiving and taking that we are living our lives just expecting freebies, tidbits and handouts from others? Have our culture and way of life become a culture of taking and receiving only and not of giving back something to the society? Have we also become like this king that we are ready to stretch out our hands only to take and receive and never to give?

In the past, the Nagas were known for their hardworking and laborious lifestyle. They toiled the whole day in their paddy-fields whether it was rain or sunshine. Working in the fields from sunrise till sunset was a way of life and culture for our forefathers. And they truly believed that it was a shame to eat without working.

But in the post Indian Independence era especially after Nagaland became a full-fledged state, the lifestyle and mindset of most Nagas seemed to have undergone a drastic and radical change. When Indian currency was poured into the Naga homeland for the so-called development of our state and the so-called upliftment of our standard of living, most Nagas seemed to have diverted all their thinking and energies into getting their share of the resources that was poured into our land. And in doing so, they no longer seemed to have any desire for doing any of the things which their fathers and grandfathers honestly did for generations. Thus we became lazy, lethargic and uninspired and started to live only expecting freebies, tidbits and handouts from others. And in this way, most Nagas started thinking and living as if govt. jobs, govt. services and govt. resources were their only hope for survival, progress and prosperity. And in doing so, they shouted for political independence at the top of their voices but they became totally dependent on outsiders as far as their economic mentality was concerned.

The global COVID -19 pandemic has once again brought out this stark reality of the Nagas’ total economic dependence on others for all to see. We talk big but the truth is that we are living on freebies, tidbits and handouts from others. We are totally dependent on outsiders’ providence for all our luxury items as well as all our most basic needs including groceries and daily essentials.

Our experience during this lockdown period has made many to realize that we need to be able to feed ourselves with our own local resources in times like this instead of expecting freebies from outsiders. Thus many have come up with the need to set up and maintain kitchen gardens, growing not just ordinary but commercial and cash crops as well. We have lived long enough expecting freebies and handouts from others even though we have all that we need to stand on our own feet. For instance, we have the needed climate, the required land topography, the knowledge and inputs we need for these activities.

Some months back while driving through the Daklane-Naga Bazaar road, I saw a truck with the Tenyiedie words “Mhachü di Mhacülie” written on it. These words simply mean “work and eat”. That means those who do not wish to work have no right to eat and this is a simple but universal truth that governs the whole thing as far as the principles of living are concerned.

It is said that “necessity is the mother of invention” and the hardships we encounter during this lockdown period have given us ample opportunity to explore various ways and means as to how we can become a more or completely self-reliant and self-sustaining people and society economically, socially as well as politically. Lockdown or no lockdown, these ideas and explorations will go a long way in bringing about new mindsets, attitudes and cultures. These experiences have made many to think outside the box and made them to explore and navigate into areas and avenues they had never been to in the past.

Like the king mentioned above, we should not become so accustomed to only taking and receiving that we forget all about giving back something to others and the society. People who live their lives only expecting freebies, tidbits and handouts from others have no respect and honour. They may be living in luxuries received out of such freebies from others but they would not have the guts to even look at themselves in the mirror because they won’t see any pride, respect, honour or sense of accomplishment in the reflection.

So the one message we can and should say to one another in the post lockdown era is “No More Freebies”. Instead of living our lives expecting freebies from others, we should develop a culture and a mindset where we become so accustomed to working and eating that we feel ashamed and offended when we are offered free meals by others. “No more freebies” also mean that we become a self reliant people and society that even when others do not come forward to help, we are able to stand on our own. “No more freebies” also mean that we become an asset rather than a liability to ourselves and others that we are able to render our helping hand and share our resources and become a role model and a source of inspiration and motivation to others as well.

So I guess the new slogan and mentality that is needed in our Naga society is “No more freebies” and I feel that the global covid-19 pandemic has created a perfect alibi for this to come true for those who would realize it……….

Philosophy cannot resolve the question ‘How should we live?’
Public Space / 20th October 2020