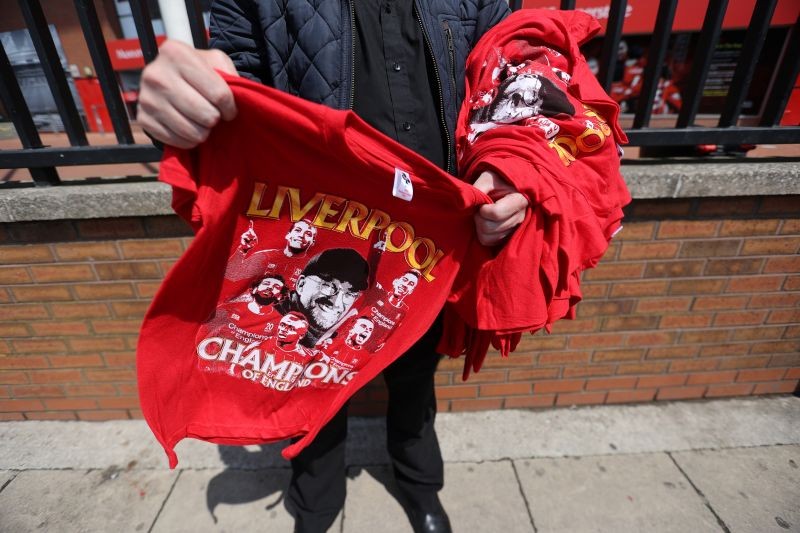 LONDON, June 30 (Reuters): Some predict Liverpool are on the cusp of an era of domination, but former Arsenal title winner Gilberto Silva says Juergen Klopp's team must now prepare for life as a target.

The Brazilian knows the feeling of playing for a dominant force in England, having been an integral part of Arsenal's Invincibles who went through the 2003-04 season without losing a match on their way to the title.

Liverpool last week bagged their first title for 30 years with seven games remaining and could still shatter a host of records, even if they can't match Arsenal's unbeaten season.

"They are very good, they have proved that and you pay respect to that," the 43-year-old Gilberto told Reuters this week from Lagoa Da Prata in Brazil, where he owns a hotel.

"They have done an amazing job this season in the Premier League. Amazing team work and it paid off.

"I think for everyone now it's how far they can go. There is a chance they can dominate. The biggest challenge for them from now on is that every attention will be to beat them at any time.

"The same happened to us when we had a good period, and Man Utd and other clubs. You are a target now for points, and you have to be in shape all the time and be on your game 100%.

Gilberto believes Klopp, like his former Arsenal boss Arsene Wenger, will ensure Liverpool maintain their focus for the rest of the season.

They need 15 points to break Manchester City's record of 100 points in a Premier League season.

"I remember we won the title with four games left at Tottenham. Arsene told us we had made a great achievement but we can make something that people will remember for years to come. Him saying that brought everyone to the right line."

Gilberto wishes the Arsenal team he played for was in the same era as the current Liverpool team. "It would be a fantastic match, but I would put my money on my team!"

While comparisons are tricky, he says one thing they definitely have in common is leadership.

"Jordan Henderson has done a great job as captain," said Gilberto, a partner in fan engagement platform TruChallenge.co.uk and co-host of podcast "The Invisible Wall".

Which takes him to Arsenal's current plight.

The Gunners are 10th in the table and in serious danger of missing out on European competition next season, let alone being anywhere near challenging for the title.

"The last few years for Arsenal have been very hard, especially when you talk about leadership," he said.

"People compare every current squad to our Invincibles squad and that's a bit unfair in my opinion. How do the players react to those comments, and how do they position themselves to do the best for the club?

"The question people ask (about Arsenal) is about leadership. But not just raising the voice, but the attitude in many games. It's important you talk with your attitude. They have not been competitive enough compared to other clubs.

"(Mikel) Arteta has a very hard challenge, and it's important that he brings the players to the same page. I'm sure he will be giving everything to the club."