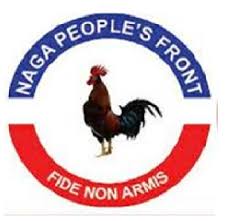 Kohima, March 10 (MExN): The central office of the Naga People’s Front (NPF) held a consultative meeting with the NPF Manipur State Unit at the NPF central headquarters, Kohima on March 9.

The meeting deliberated at length on the various issues confronting the Party in the state of Manipur, informed an official release from central office, NPF.

The house also took stock of the proposed postponement of the Autonomous District Council election in the hill districts of Manipur. Inter alia, the Party discussed about the upcoming Rajya Sabha election in Manipur which is slated to be held on March 26.

In this regard, the central office instructed the NPF Legislature Wing of Manipur State Unit to identify a suitable candidate from amongst the NPF Party functionaries and bring the matter to the central office for finalization of the candidature before filing the nomination, the release said.