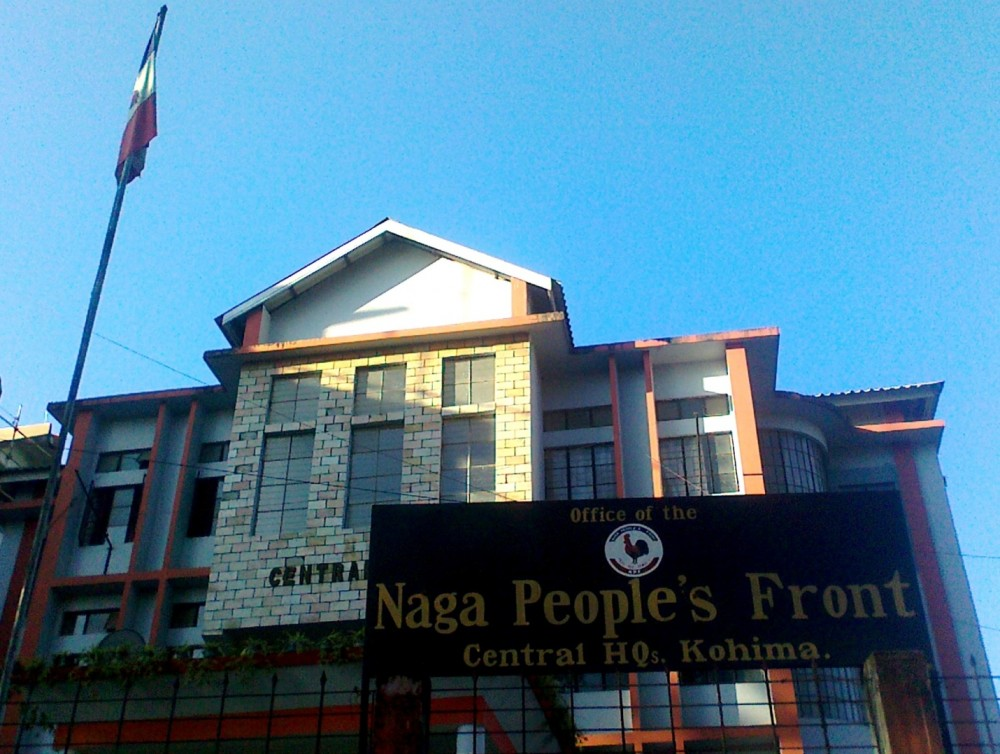 The NPF challenged the Finance Department and the Minister In-charge to bring out the accurate confirmed deficit figures of the last 20 years. (File Photo)
Nagaland
25th September 2020

A press release from the NPF legislature party alleged that the Finance Department’s recent statement “portrays the well-defined objective” of Chief Minister Neiphiu Rio “to continue embezzling public fund while giving the impression that the prevailing State Deficit scenario is the creation of the previous Government under former CM, TR Zeliang.”

The NPF recalled that the one-time grant of Rs. 365 cr by former Prime Minister, AB Vajpayee managed to bring the State Deficit to Zero. Subsequently, when the first budget was presented by Chief Minister, Neiphiu Rio during DAN-I, the surplus budget was Rs. 18.47 cr for 2003-2004. Thereafter, the State deficit figure started witnessing an “abnormal increase” and “by the time Neiphiu Rio left for Lok Sabha as an MP in 2014, the accumulated State deficit was Rs. 1234 cr,” the NPF stated.

Prior to Rio’s departure for the LS, the NPF said that when the Vote on Account was presented by him on March 21, 2014 for withdrawal of Rs 3523.58 cr from the Consolidated Fund of Nagaland, the closing deficit was estimated at Rs. 1234 cr.

“This Vote on Account was presented by Chief Minister, Neiphiu Rio to settle the expenses of the State Government for four months, April 1 to July 31 of the fiscal year 2014-2015, wherein the closing Deficit figure was projected to stand at Rs. 1234 cr,” it added.

The NPF further stated that when the full budget amounting to Rs. 12,127.59 cr was presented during the 5th Session of the 12th Nagaland Legislative Assembly which commenced on July 22, 2014, the deficit figure was estimated at Rs. 1252.45 cr.

It therefore disputed the claim made by the Finance Department that “when the present CM, Neiphiu Rio left for LS in 2014, the deficit stood at Rs. 950.09 cr and by the time the present Government returned in 2018, it had grown to Rs. 1607.73 cr.”

The NPF termed this as “absurd, illogical and unacceptable”. It further stated that if the Finance Department has doubts on the two figures (Rs. 1234 cr & Rs. 950.09 cr), it should come out with the reconciled and confirmed deficit figure against the year 2014-15 to clear all doubts.

The NPF meanwhile noted that bringing projected statistics, which are only estimated figures, to public domain and portraying the same as conclusive figures is “hypocrisy of the cheapest standard.”

Considering these numbers, the NPF said that the end result of actual deficit during 2014-2018 under, TR Zeliang was Rs. 195.49 crores with a yearly average deficit of Rs. 48.97 crores.

The NPF also pointed out that as per the Finance Department, the State Government had initially estimated monthly receipt of Rs. 320.96 cr per installment as share of central taxes and duties. In this, the NPF questioned whether the CM, who holds the finance portfolio, is satisfied with the normal arrangement of the 15th Finance Commission in providing only Rs. 320.96 cr on installment basis.

If so, the party questioned what the estimated requirement of the State Government for monthly installment was; and if the amount of Rs. 320.96 cr was not sufficient, why the CM did not convince the 15th FC on the same.

The NPF said that even after closing the financial year 2018-19, the State Finance Department failed to bring out the exact confirmed figure of the State fiscal deficit in the subsequent budget document (2019-20). It stated that the department continues to give extra interest to the deficit figure of a specific fiscal year.

The NPF challenged the Finance Department and the Minister In-charge to bring out the accurate confirmed deficit figures of the last 20 years.