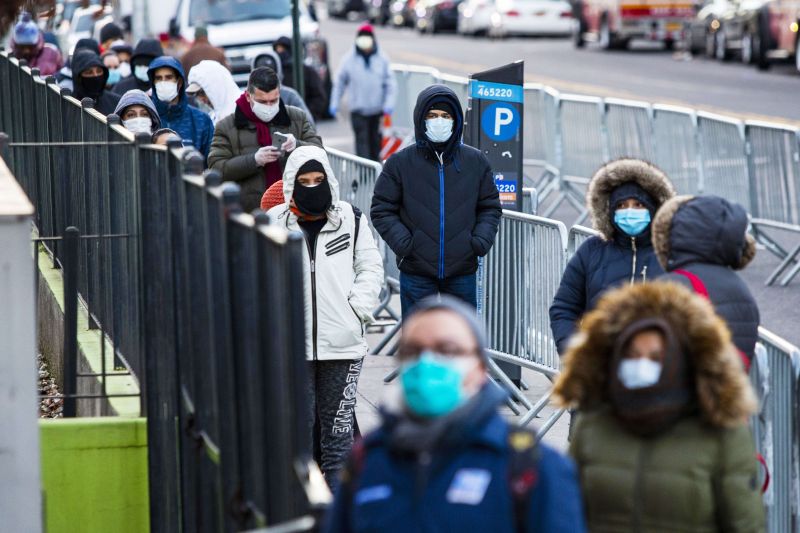 New York, April 6 (IANS) Authorities in New York, the epicentre of the coronavirus pandemic in the US, announced that the disease has claimed 4,159 lives and infected 122,031 others in the state, while the US's surgeon general said that the coming week will be a "Pearl Harbor moment... our 9/11 moment".

New York Governor Andrew Cuomo, who warned on Saturday that the peak of the coronavirus epidemic in the state would come in the next seven days, announced on Sunday that the state's outbreak may have already reached its apex although he warned that instead of a reduction in deaths and cases, what could occur is a "plateau" with a high number of cases for a period of time, Efe news reported.

"By the data we could be either very near the apex or the apex could be a plateau and we could be on that plateau right now. We won't know until you see the next few days... does it go up, does it go down, but that's what the statisticians will tell you today," Cuomo said at his daily press briefing.

"You're seeing the narrative unfold, right. We're all watching a movie, we're waiting to see what the next scene is, and as the movie unfolds you start to understand the story better and better," he added.

Cuomo said that all hospitals and hospital networks, whether public or private, would need to start working together as one system in order to balance the patient load among all the medical institutions along with supplies and resources such as masks and gowns and asked federal authorities to do the same at the national level.

"You're going to have to shift and deploy resources to different locations based on the need of that location," he explained.

Meanwhile, the US will find that this coming week will be its Pearl Harbor or 9/11 moment regarding the anticipated high number of deaths, US Surgeon General Jerome Adams warned.

The number of COVID-19 cases in the US reached 337,637 as of Monday, the highest in the world, with 9,647 deaths, according to the Center for Systems Science and Engineering at Johns Hopkins University.

The coming week is "going to be shocking to some", Anthony Fauci, the director of the National Institute of Allergy and Infectious Diseases and a key official in President Donald Trump's Coronavirus Task Force, told CBS News.

"But that's what is going to happen before it turns around, so just buckle down," Fauci said, adding that the rate of increase of new cases will determine whether the US is seeing the epidemic plateau.

"We've seen that in Italy," Fauci said, referring to an apex in the number of new cases followed by a decreasing number day by day, adding: "We're going to hopefully be seeing that in New York very soon and that's the first sign of that plateau and coming down."

He also warned that, barring the quite unlikely scenario in which the disease is fully eradicated, "as we get into next season, we may see the beginning of a resurgence," with the coronavirus taking on a seasonal aspect, much like the yearly flu, albeit far more deadly.

At a press conference later in the day, President Donald Trump once again expressed his desire for the country to return to normal as soon as possible and spoke of a "light at the end of the tunnel".

Coronavirus response coordinator Deborah Birx said that the number of number of daily confirmed cases in Italy and Spain were giving the US, which, according to her, was about 12 days behind those countries, "hope for what our future could be."

Trump said that by Tuesday, around 3,000 military doctors and nurses would have arrived in New York and surrounding areas, and that the shipment of ventilators to New Jersey, Illinois and Louisiana was being sped up.

New York City Mayor Bill de Blasio made another appeal on Sunday to the US federal government for help in tackling the outbreak in the city, saying that while health workers and ventilators had arrived, the city would need many more by April 12.

De Blasio said that to adequately treat the number of new patients being intubated every day, approximately 200-300 across the city, New York must secure a total of 1,000-1,500 ventilators.

"We need bold action ï¿½ and fast. We need to mobilize doctors, nurses, and supplies to our front lines. And it needs to happen now ï¿½ before it's too late," he said.