Olive branches handed out on Palm Sunday in near-deserted Jerusalem 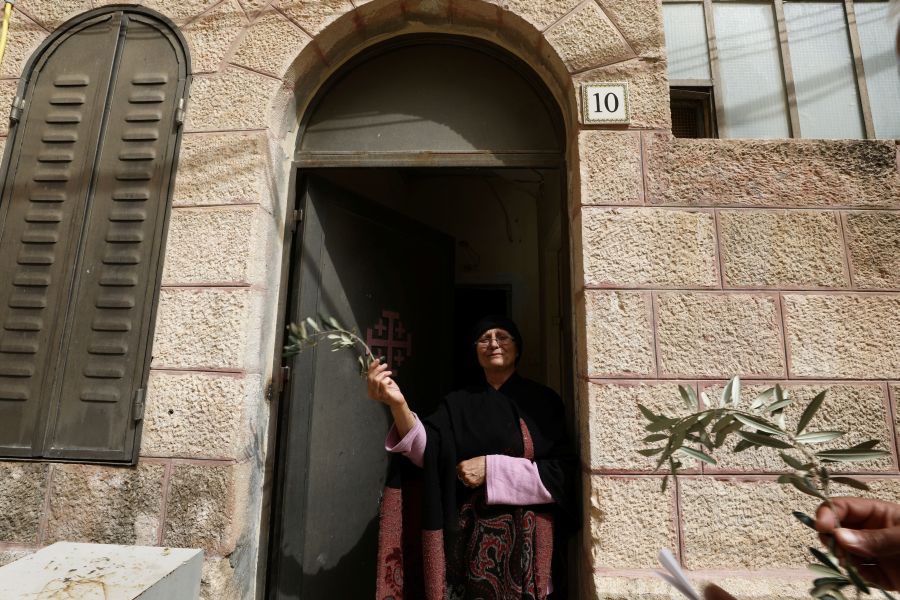 A woman holds an olive branch she received from members of the Latin Patriarchate which they distributed to Christian residents on Palm Sunday, during Holy Week amid the coronavirus disease (COVID-19) outbreak, in Jerusalem's Old City on April 5. (REUTERS Photo)

JERUSALEM, April 5 (Reuters): Franciscan friars wearing surgical masks and gloves made house calls in Jerusalem on Palm Sunday, delivering olive branches to Christians who are self-isolating as a precaution against the coronavirus.

One of the friars used a loud-hailer in the streets of the walled Old City to summon people to their front doors and windows, where they received branches and blessings.

The beginning of the Holy Week leading to Easter, Palm Sunday commemorates Jesus' arrival in Jerusalem. Scripture speaks of his supporters scattering palm fronds in his path, an act often replicated today with branches of other native trees.

Jerusalem's churches, like Muslim and Jewish places of worship, are closed to the public. That has prompted the faithful to find alternatives to group prayer in a month in which the festivals of Passover, Easter and Ramadan will be marked in close succession.