Once thirsty, Chennai Cantt now a model for others 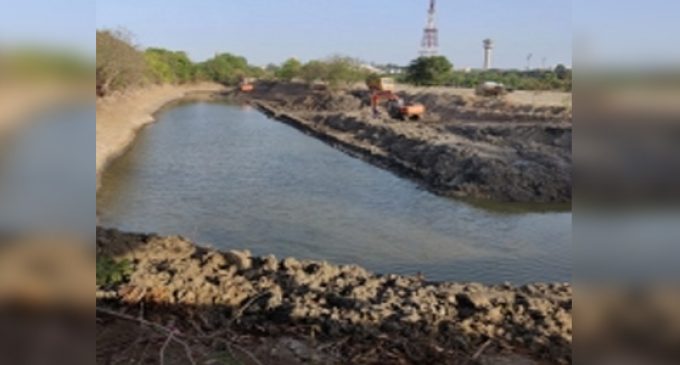 Once thirsty, Chennai Cantt now a model for others

New Delhi, November 7 (IANS) Once water-starved, Chennai's Cantonment area and military station now boast of 13 brimful water bodies and recycling plants, and also generate their own electricity. Inspired by the innovation, the Ministry of Defence has directed its Estate Wing to implement the development work across all defence establishments.

The ministry has suggested Directorate General, Defence Estates (DGDE), an inter-services organisation of the ministry which directly controls the cantonment administration, to replicate the Chennai Cantonment area development model.

A senior Indian Defence Estates Service (IDES) officer said that additional storage space for two-crore-litre water was created. "Further, because of recycling plant, 2 lakh liters of treated water is used in these areas per day," the officer said.

The board also created a waste management system where door-to-door collection of garbage is being carried out and then segregated into bio degradable and non-biodegradable. It is then treated in a bio-compost pit. Thereafter, biodegradable waste is put in centralised processing wind row system and then manure is created and made available for sale.

The board revived a green zone with around 2,000 plantations, set up solar power plants and a sewage treatment plant.

The solar power infrastructure set up in a year had generated electricity worth Rs 1 crore which is distributed within the cantonment areas.

Interestingly, the board has created a separate dumping zone for plastic bags. The board came up with an innovative idea of retrieval of ration milk and meat poly packets from consumers. It formalised collection and disposal, prevented littering and reaped financial benefits.

A senior Indian Army officer said the innovative idea was of Lieutenant General S.T. Upasani, who was the General Officer Commanding (GOC) of Dakshin Bharat Area. Lt Gen Upasani recently took charge as Director General of Information System, the crucial post in Indian Army which was lying vacant for the last two months.

Further, the board carried out campaign to revive green zone and planted 2,022 trees with 98 per cent survivability.

The ex officio president of the board is the station commander and the Chief Executive Officer, who is also the Member-Secretary of the Board, is an officer of the IDES or Directorate General, Defence Estates (DGDE).

(Sumit Kumar Singh can be contacted at sumit.k@ians.in)