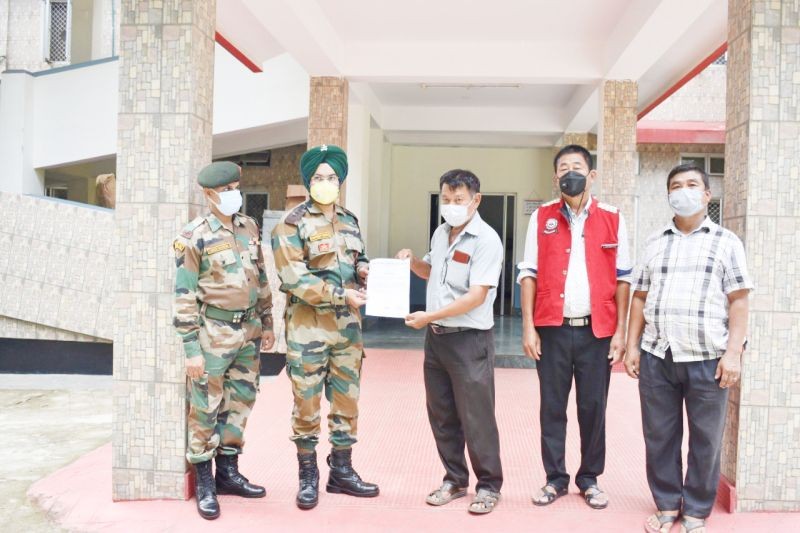 According to a press release from the Medziphema Town Mechü Krotho (MTMK), the move has been necessitated due to the conversion of CHC Medziphema into a COVID Care Centre for the subdivision.

The people of Medzipmema extended gratitude to both the State government and the Assam Rifles (AR) for their support.

In a letter of gratitude to the AR, the MTMK acknowledged them for extending all possible help to render OPD service to the public at their unit hospital until the situation normalizes again.

“The commendable contribution by the Assam Rifles will forever be instilled in the hearts and minds of the people," the MTMK stated.

MTMK officials who visited the unit hospital also requested the AR to continue such services for the community in future while praying for courage, strength and good health for all personnel of the battalion.