'Our vaccines are effective on mutants seen in India' 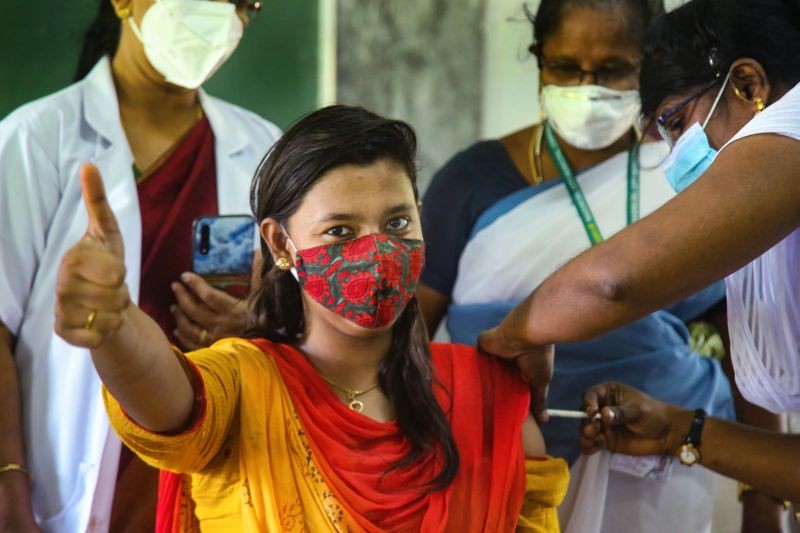 Kanyakumari: A woman shows thumbs up as she receives a dose of the COVID-19 vaccine, at a vaccination camp organised by Nagercoil Municipal Corporation, at Hindu college in Kanyakumari district, Monday, June 7, 2021. (PTI Photo)

Addressing various doubts of people regarding Covid-19 vaccines, these experts "asserted and reassured" their claims about the two vaccines used in India -- Serum Institute of India's Covishield and Bharat Biotech's Covaxin.

The two "Made in India" vaccines got the Drug Controller General of India's (DCGI) approval for restricted emergency use this year leading to the beginning of the world's largest vaccination drive from January 16.

Replying to a commonly asked query of the people "if I have contracted Covid, after how many days can I get myself vaccinated?", Guleria said: "The latest guidelines clearly state that a person who caught Covid-19 can take the vaccine after three months from the day of recovery."

"Doing this will help the body develop stronger immunity and the effect of the vaccine will be better."

Asked if blood clotting is common after taking the vaccine shots, Guleria said it has been seen earlier also that blood clotting after surgery occurs less in Indian population in comparison to that in the US and European populations.

This side-effect, the AIIMS Director said, named as vaccine induced Thrombosis or Thrombocytopenia -- is very rare in India and is found to occur in a much lesser proportion than in Europe.

"Hence, there is no need to be scared of this. Treatments are also available for this, which can be adopted, if diagnosed early."

Paul said that a few cases of this complication did come to the fore, particularly with regard to AstraZeneca vaccine. "This complication occurred in Europe where this risk was seen to be present to some extent in their younger population due to their lifestyle, body and genetic structure."

But, the NITI Aayog member said, he would like to assure that "we have systematically examined this data in India and found that such blood-clotting incidents are almost negligible here -- so negligible that one need not worry about it."

"In European countries, these complications were found to be almost 30 times more than that in our country."

Responding on "Can people with Allergies get Vaccinated?", Paul said: "If someone has a significant allergy problem, then Covid vaccine should be taken only after medical advice.

"However, if it is only a question of minor allergies like getting common cold, skin allergies, etc, one should not hesitate to take the vaccine."

As per Guleria's point of view, those on prior medication for allergies should not stop these and they should continue to take the medication regularly while getting themselves vaccinated.

"It is also important to understand that arrangements have been made at all vaccination sites for management of allergies arising due to vaccination. Hence, we advise that even if you happen to have a severe allergy, you keep taking the medication and go and get yourself vaccinated." 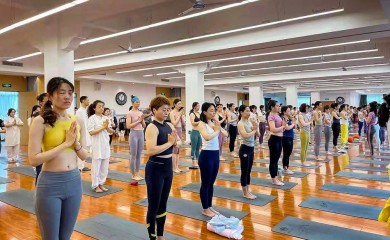