Over 77 % turnout in first phase of Assam Assembly polls 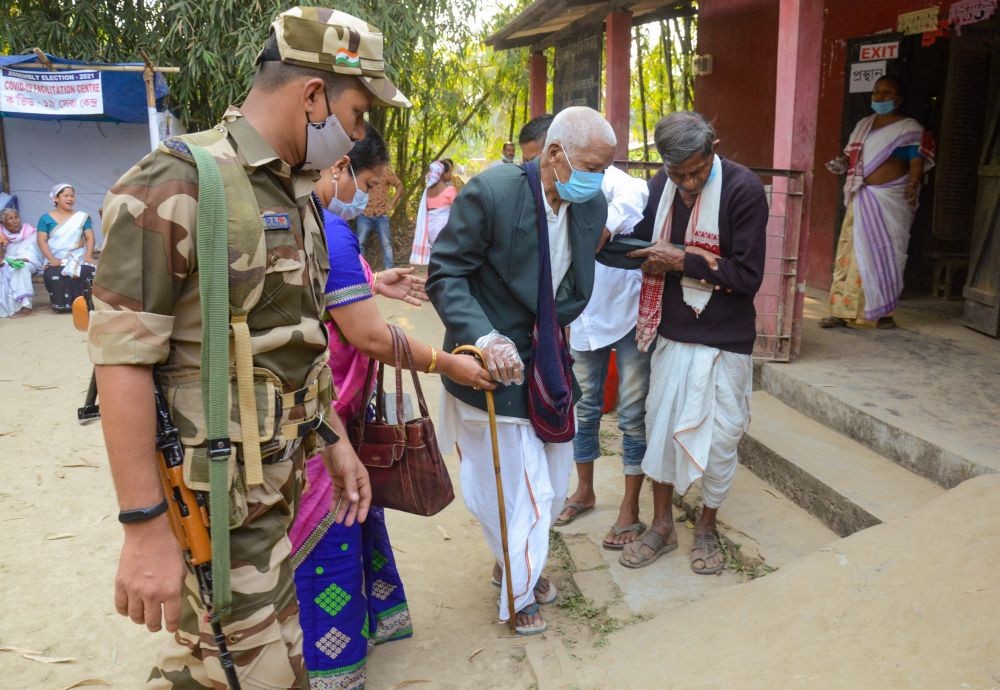 Guwahati, March 27 (IANS): Over 77 per cent of Assam's 8,109,815 voters cast their votes on Saturday in the first phase of the state's Assembly polls which were conducted in 47 of the 126 Assembly constituencies, election officials said.

"The turnout of voters is estimated at over 77 per cent. The percentage may increase a bit after the final compilation of reports from all the returning officers," a senior election official told IANS over the phone on Saturday night.

In 2016 Assembly elections, in the entire Assam, 84 per cent voters had exercised their franchise. However, no major incidents have been reported so far from any of the poll-bound Assembly segments except some electronic voting machine (EVM) glitches in some polling stations.

Saturday's voting is being held in the Assamese heartland comprising the south and north banks of the Brahmaputra River.

After casting his vote at Sahitya Sabha Bhavan in Dibrugarh, Chief Minister Sarbananda Sonowal, who is contesting from Majuli, told the media that the BJP would get more than 100 seats in the 126-member Assembly.

Both the ruling BJP-led alliance and the opposition Congress led coalition are confident of winning maximum seats out of the 47 seats that went to polls on Saturday.

In the 2016 elections, the ruling BJP-led alliance secured 35 of the 47 seats, while the Congress won nine and the remaining three seats by other parties.

Voting began across 11,537 polling stations mostly covering the eastern Assam's 12 districts at 7 a.m and continued till 6 p.m as the Election Commission extended the time by an hour in view of the Covid-induced situations.

Election officials said that to avoid crowding, the number of voters for every booth has been brought down to a maximum of 1,000.