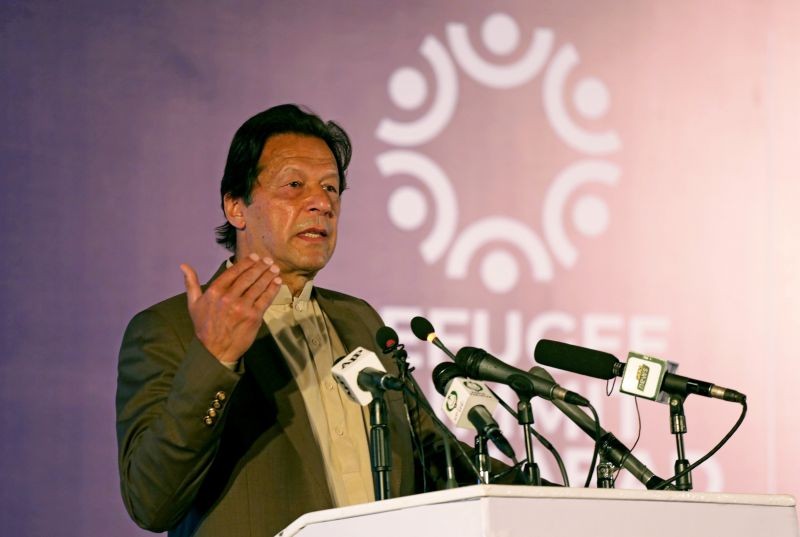 Khan's comments come days after Macron paid tribute to a French history teacher beheaded by an Islamist radical who wanted to avenge the use of cartoons depicting the Prophet Muhammad in a class on freedom of expression.

"Sadly, President Macron has chosen to deliberately provoke Muslims, incl his own citizens, through encouraging the display of blasphemous cartoons targeting Islam & our Prophet PBUH," Khan said on Twitter.

Muslims see any depiction of the Prophet Muhammad as blasphemous. Macron said the teacher was a hero and that Islamists were a threat to the country.

Khan said Macron could have shown a "healing touch" to deny space to extremists but had instead "chosen to encourage Islamophobia by attacking Islam rather than the terrorists who carry out violence, be it Muslims, White Supremacists or Nazi ideologists".

France has in recent years witnessed a series of violent attacks by Islamist militants, including the 2015 Charlie Hebdo killings and bombings and shootings in November 2015 at the Bataclan theatre and sites around Paris that killed 130 people.

"By attacking Islam, clearly without having any understanding of it, President Macron has attacked & hurt the sentiments of millions of Muslims in Europe & across the world," Khan added.

The cartoons of the Prophet Muhammad, first published in 2005 by Danish newspaper Jyllands-Posten, have stirred outrage and violent protests in Pakistan.

There were more protests last month when the cartoons were re-published by the French satirical weekly Charlie Hebdo.