Philippines to ramp up coronavirus testing as Duterte warns of arrests 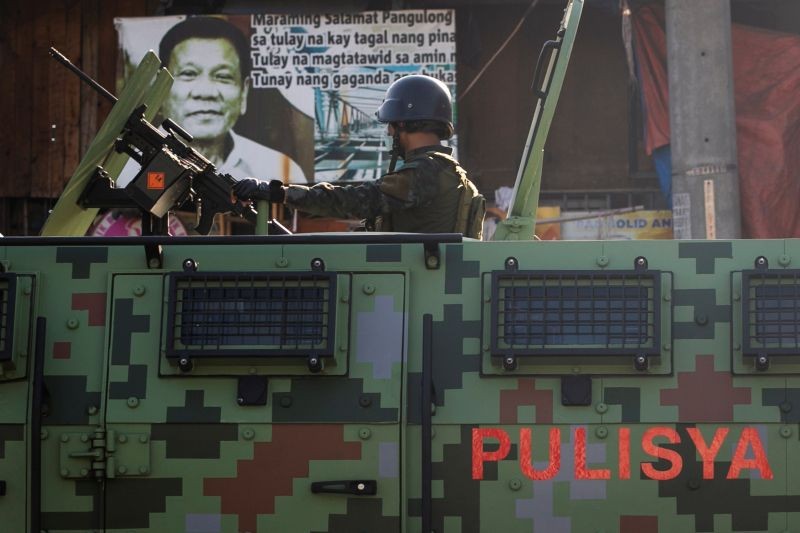 A police officer on board an armored vehicle drives past a poster of Philippines's President Rodrigo Duterte while patrolling a neighborhood to enforce the reimposed lockdown amid a spike in the coronavirus disease (COVID-19) cases, in Navotas, Metro Manila, Philippines on July 17, 2020. (REUTERS File Photo)
World
21st July 2020

MANILA, July 21 (Reuters): The Philippines said on Tuesday it would ramp up testing for the novel coronavirus amid a sharp rise in infections and deaths since a lockdown was eased in June, while President Rodrigo Duterte threatened to arrest anyone not wearing a mask.

The Philippines has tested nearly 1.1 million people so far, but Duque said the aim was for 10 million people - or nearly a tenth of the population - to be tested by the second quarter of next year.

"We cannot test every citizen as no country has done it even the richest, the United States," Duque said.

In Southeast Asia, the Philippines ranks second to Indonesia in terms of the number of infections and deaths, with cases jumping nearly four-fold to 68,898 and deaths nearly doubling to 1,835 since the government relaxed lockdown measures in June.

Lockdowns have been reimposed in some of the hardest-hit areas.

Of 30 countries most impacted by the pandemic, the Philippines ranked 24th in terms of testing rate, data from statistics aggregator Statista showed.

Duterte threatened to arrest anyone who spread the virus, refused to wear masks or keep a safe distance from others. The tough-talking president warned in April that violators of lockdown rules could be shot for causing trouble.

"We do not have any qualms in arresting people," Duterte said in a recorded address aired on Tuesday. It was a "serious crime" to spread the COVID-19 respiratory disease, he added.

"If you are brought to the police station and detained there, that would give you a lesson for all time," he said of anyone caught not wearing a mask.

Last week, officials said health workers and police would take patients with mild or no symptoms from their homes and place them in isolation centres, raising concerns about possible human rights violations.