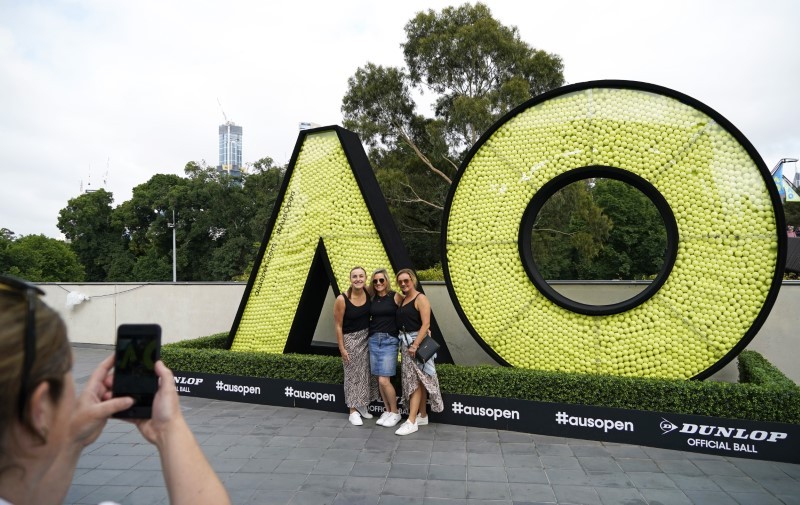 MELBOURNE, November 27 (Reuters) - Tennis Australia (TA) has been granted permission by the Victoria state government to allow players to train during their 14-day quarantine ahead of the Australian Open, local media reported on Friday.

Organisers have been in lengthy discussions with authorities over the COVID-19 protocols to be established for those arriving in Australia ahead of the first Grand Slam of the year, which is slated to be held from Jan. 18-31.

State officials on Wednesday confirmed the Melbourne Park tournament would go ahead, though it would likely take place a week or two after the scheduled start date and that players would have to undergo quarantine.

The Age newspaper, citing an unnamed source with knowledge of the discussions, reported that players would be allowed to train during their quarantine period but would have to "strictly adhere" to health guidelines.

Tennis Australia did not immediately respond to request seeking comment on the report.

Men's number one Novak Djokovic recently called on the authorities to ensure players are allowed to train during quarantine, while Russia's Daniil Medvedev said it would be "dangerous" to be confined to a hotel room for two weeks and then go straight into a Grand Slam.

Due to border restrictions between states and varied quarantine requirements by local governments across the country, TA plans to shift all build-up tournaments for the Grand Slam to Victoria.

The report said the ATP Cup, the 24-nation men's event which made its debut this year in Brisbane, Perth and Sydney as a Grand Slam tune-up, would be cancelled in 2021 though other ATP and WTA lead-up events would go ahead.

Men's governing body ATP had no comment on the report.