PM Abe asks all of Japan schools to close over coronavirus 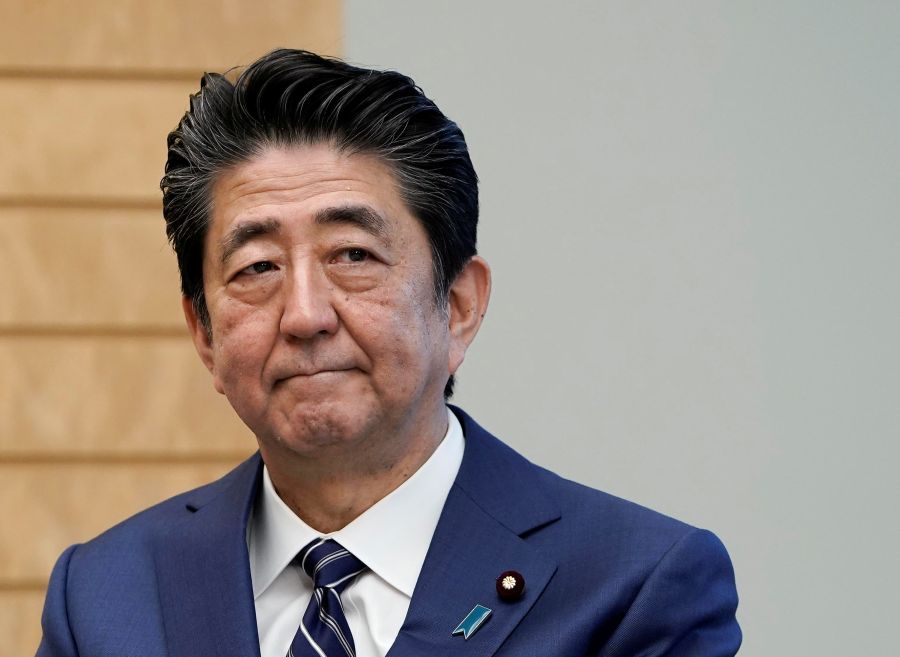 The dramatic escalation of Japan's fight against the virus follows rising criticism of what has been seen as a lukewarm government response.

"This coming week or two are an extremely important period," Abe told a coronavirus task force.

"Prioritising children's' health and safety above everything else, we will ask all the elementary, junior high and high schools across Japan to temporarily close from March 2 to spring break."

The Japanese school year ends in March, with spring vacation usually starting the last week of the month.

A woman working as a tour bus guide was reinfected with the coronavirus, testing positive after having recovered from an earlier infection, Osaka's prefectural government said. Her case, the first known of in Japan, highlighted how much is still unknown about the virus even as concerns grow about its global spread.

The number of cases in Japan rose on Thursday to more than 200, up from the official tally of 186 late on Wednesday. On the main northern island of Hokkaido, 15 new cases, including two children under the age of 10, were confirmed.

The government has urged that big gatherings and sports events be scrapped or curtailed for two weeks to contain the virus while pledging that the 2020 Summer Olympics will go ahead in Tokyo. But its handling of the virus has drawn increasing criticism, including from opposition politicians.

Abe got support from the International Olympic Committee as its head, Thomas Bach, told Japanese media the IOC is "fully committed" to holding the Games on schedule. Bach told a conference call the committee "is fully committed to a successful Olympic Games in Tokyo starting July 24," Kyodo News reported.

HOW DO I GO TO WORK?

Abe's sudden announcement about schools set off a flurry of worries on social media among parents now scrambling to arrange childcare.

"My honest feeling - all schools on break? It's important to protect children, but what happens if they have working parents?" wrote @Kogoro1982.

The cases reported in Japan do not include 705 reported from an outbreak on the Diamond Princess cruise liner that was quarantined off Tokyo earlier this month.

A man in his 80s died in Hokkaido after contracting the coronavirus, the prefectural government said, bringing the total number of people who have died in Japan to eight, including four from the ship.

The woman who tested positive twice, a resident of Osaka, in western Japan, tested positive on Wednesday after developing a sore throat and chest pains, the prefectural government said in a statement. The woman in her 40s first tested positive in late January and was discharged from hospital on Feb. 1 after recovering, according to the statement.

Though a first known case for Japan, second positive tests have been reported in China - one on Feb. 21 - where the disease originated late last year.

The outbreak has spread rapidly and widely, infecting about 80,000 people globally and killing nearly 2,800, the vast majority in mainland China.

Health Minister Katsunobu Kato said in parliament the government would need to keep tabs on the condition of those previously discharged, as health experts analysed the implications of testing positive for the virus after an initial recovery.

"Once you have the infection, it could remain dormant and with minimal symptoms, and then you can get an exacerbation if it finds its way into the lungs," said Philip Tierno Jr., Professor of Microbiology and Pathology at NYU School of Medicine.

Tierno said much remains unknown about the virus. "I'm not certain that this is not bi-phasic, like anthrax," he said, meaning the disease appears to go away before recurring.

Asked to comment on prospects for the Olympic Games going ahead this summer, Tierno said, "The Olympics should be postponed if this continues ... There are many people who don't understand how easy it is to spread this infection from one person to another."

The health ministry said on Thursday that with the Diamond Princess still located south of Tokyo, about 240 foreign and Japanese crew members who have tested negative for the virus would disembark from the ship over the next few days.

Those with no symptoms would remain at a facility near Tokyo for further monitoring, the ministry said in a statement. An official could not immediately confirm the total number of crew on board the ship, which was carrying around 3,700 people when it first docked on Feb. 3.

Japan's biggest trading group, Mitsubishi Corp, said it was telling all of its 3,800 staff in the country to work from home for two weeks starting Friday.