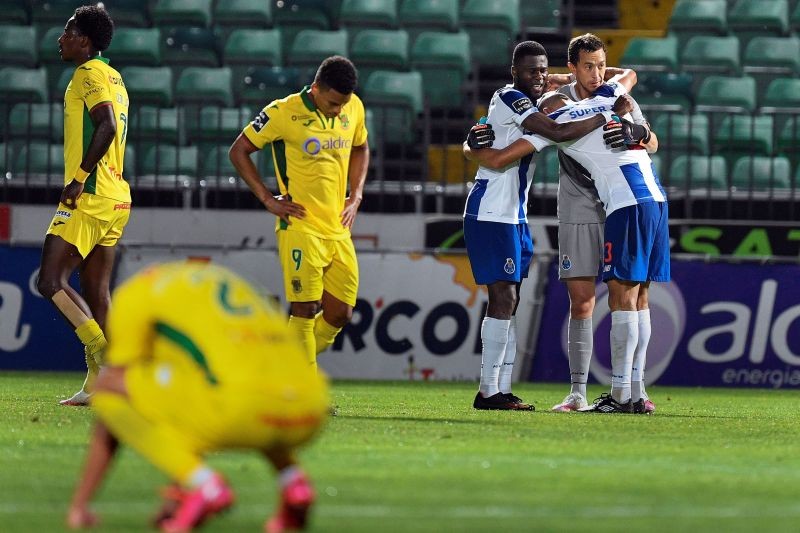 LISBON, June 30 (Reuters): Chancel Mbemba's early goal proved enough to hand Porto a 1-0 away win over Pacos Ferreira on Monday and extend their lead at the top of Portugal's Primeira Liga.

Mbemba snapped up a chance after just seven minutes to hand Porto a vital win in the title race that puts them six points clear of defending champions Benfica with five matches remaining.

Benfica lost 2-0 earlier on Monday at Maritimo to continue a horror series of recent results and offer Porto a clear path to the title after finishing two points behind their rivals last season.

Mbemba was quickest to react when Pacos Ferreira goalkeeper Ricardo Ribeiro flapped at an in-swinging corner, pushing the ball a few metres forward where the former Newcastle United midfielder was waiting to snap up the opportunity.

But the league leaders were far from convincing and had some stout defending to thank for a full haul of points.

Pacos Ferreira midfielder Luiz Carlos had two good chances to equalise – the first headed narrowly wide four minutes into the second half. He then saw his acrobatic bicycle kick saved by Porto goalkeeper Agustin Marchesin in the 67th minute.