Prominent Polish lawyer and critic of government charged with fraud 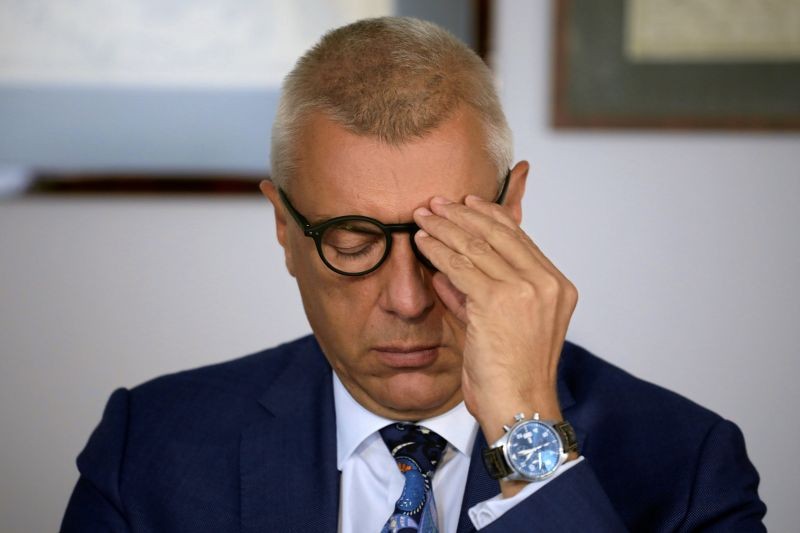 WARSAW, October 17 (Reuters): Polish prosecutors said on Saturday they had brought fraud charges against a prominent lawyer and former deputy prime minister who is a vocal critic of the government, and prohibited him from leaving Poland or practising law.

Prosecutors also denied mistreating Roman Giertych, who fainted during his detention on Thursday and is currently defending billionaire bank owner Leszek Czarnecki, a thorn in the government's side who is suspected of cheating clients of his Idea Bank.

The Central Anti-Corruption Bureau (CBA) said on Thursday that Giertych had taken part in a scheme to take money out of a company and launder funds, to the tune of more than 90 million zlotys ($23 million).

Giertych's lawyer said the charges were misplaced and that he would challenge them.

Prosecutor Jacek Motawski told a press conference on Saturday that any suggestion that Giertych's "health condition ... resulted from unauthorised interference by the CBA officers" was "completely unfounded".

Giertych was also representing Czarnecki two years ago when the billionaire alleged that the head of the state financial regulatory authority, Marek Chrzanowski, appointed by the ruling Law and Justice (PiS) party, had sought a bribe from one of Czarnecki's banks in return for protection. Chrzanowski has since been indicted on corruption charges.

In 2017, Giertych represented Donald Tusk, then European Council chairman, when Tusk testified in an investigation into former heads of military counter-intelligence (SKW) suspected of cooperating with foreign intelligence services without permission while Tusk was prime minister.In 2007, Giertych was leader of the far-right League of Polish Families while it was briefly in government with the PiS. ($1 = 3.8763 zlotys)