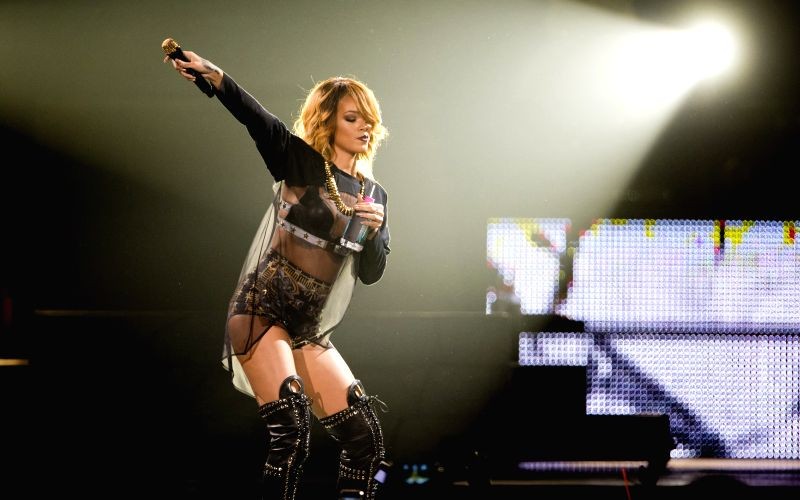 The singer, 32, has trademarked her new line as Buff Ryder, and sources suggest that she wants to become a beauty billionaire after Covid-19 destroyed the music industry, reports thesun.co.uk.

"Rihanna's ninth album is on hold indefinitely. She wants to make her millions with beauty and is planning a new skincare line to go alongside her Fenty Cosmetics range. Her lingerie range has gone down so well too that she feels she needs to strike while the iron's hot. Whenever she drops pics of her modelling the gear, sales go up," said the source.

Rihanna's last album "Anti" was released in 2016 and was working on a new project, dubbed as "R9".

"Fans hopes for R9 will be kept on hold while Rihanna builds her beauty empire as she plots to become the next beauty billionaire. She's realised there is more money in the beauty game than music as record sales die down and live touring faces big competition," said the source.

Back in April, Rihanna told her fans and followers watching her at home virtually to not bring up the album.

"If one of y'all ask me about the album one more time when I'm trying to save the world, unlike y'all president... on sight," the 32-year-old said during a live-stream, taking a jab at US President Donald Trump.