Russia, despite theft allegations, says deal to make UK-developed COVID-19 vaccine is on 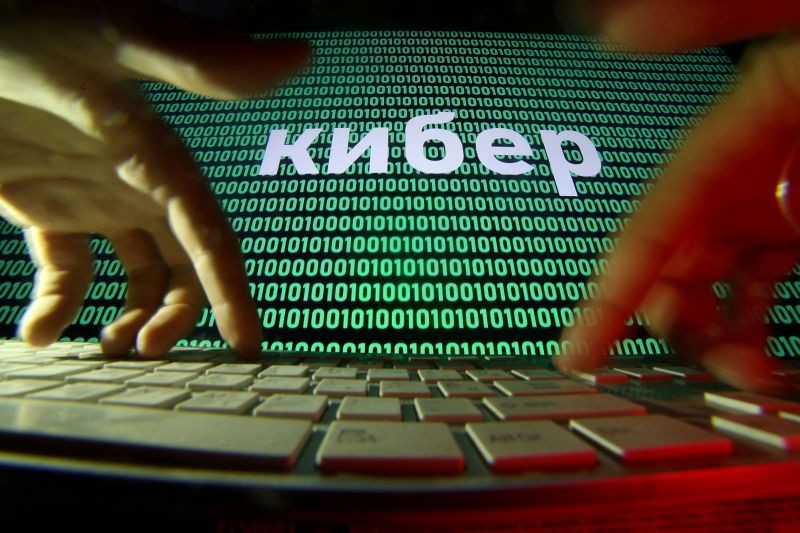 Hands are seen on a keyboard in front of a displayed cyber code in this picture illustration taken on October 4, 2018. (REUTERS File Photo)
World
17th July 2020

MOSCOW, July 17 (Reuters): Russia will unveil a deal with AstraZeneca to manufacture a COVID-19 vaccine being developed by the pharmaceuticals giant and Oxford University, its wealth fund head said on Friday, adding this showed Moscow had no need to steal vaccine data.

Britain, Canada and the United States said on Thursday that hackers backed by the Russian state were trying to steal COVID-19 vaccine and treatment research from academic and pharmaceutical institutions around the world, allegations the Kremlin denied.

Kirill Dmitriev, head of the Russian Direct Investment Fund, said in an interview on Friday that Moscow did not need to steal secrets as it already had a deal with AstraZeneca to manufacture the potential British vaccine in Russia.

"AstraZeneca already has an agreement.... with R-Pharm (a Russian portfolio company) on the complete localisation and production of the Oxford vaccine in Russia," said Dmitriev.

The deal could be formally announced later on Friday, he said.

"There's nothing that needs to be stolen," Dmitriev, who is involved in coordinating Russia's own vaccine push, told Reuters. "It's all going to be given to Russia."

AstraZeneca did not immediately respond to a request for comment, but said last month it was in talks with Russia and other countries about supply deals for its potential coronavirus vaccine.

Dmitriev said Russia's acquisition of the British-developed vaccine was designed to complement, not replace its own homegrown vaccine which is the one that Moscow is focusing on developing.

Western allegations that Moscow was trying to steal vaccine secrets looked like an attempt to undermine the credibility of Russia's own vaccine, he said, describing it as one of the world's most promising, together with the Oxford vaccine and a Chinese-developed one.

"It's part of the global (vaccine) competition."

Dmitriev has said Russia's own vaccine is set for regulatory approval next month and to be administered to a large swath of the Russian population in September. If that happens, that would make it the first vaccine in the world to be approved.

The first human trial of the vaccine, a month-long test on 38 people, ended this week. Researchers concluded that it was safe for use and induced an immune response, though the strength of that response is as yet unclear.

A larger Phase III trial involving several thousand people is expected to begin in August after a 100-person Phase II trial wraps up on Aug. 3.

Dmitriev, who has been injected himself with the Russian vaccine, said he believed it was superior to others. He said its effect lasted longer, it was based on proven virus technology, and had so far shown no side effects including on female fertility. Reuters could not verify those assertions.

The global vaccine race was about scientific prestige, international cooperation, and Russia's desire to vaccinate its own population as quickly as possible in order to resume full economic activity, he said.

Rolling out a vaccine would not be a big money-spinner, said Dmitriev, because the Russian-made vaccine would be sold at not-for-profit prices and be free at point of delivery inside Russia.

Russia's interest in the Oxford vaccine, which he described as "very good", stemmed from a desire to help international efforts to roll out a vaccine.

Moscow would deliver the British-developed vaccine to other countries who wanted it, he said.