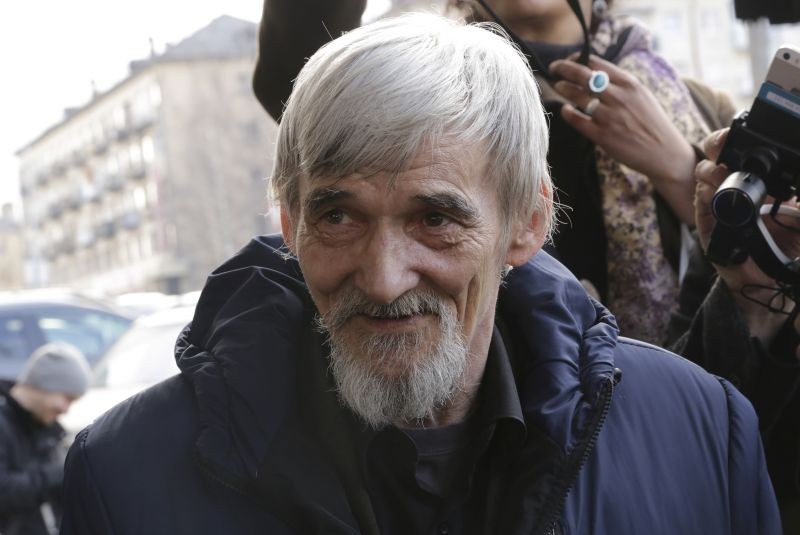 Historian Yuri Dmitriev, who was on trial on charges of involving his adopted daughter in child pornography, of illegally possessing components of a firearm, and of depravity involving a minor, speaks with people after a hearing outside a court building in Petrozavodsk, Russia on April 5, 2018. (REUTERS File Photo)
World
22nd July 2020

MOSCOW, July 22 (Reuters): A Russian court on Wednesday sentenced Yuri Dmitriev, a historian of Stalin-era crimes who was charged with sexually abusing his adopted daughter, to three and a half years in prison, the Interfax news agency cited his lawyer as saying.

The verdict was closed to the public and full details of the court's ruling were not immediately clear.

Viktor Anufriev, his lawyer, was cited as saying that he expected Dmitriev to be freed later this year due to time already served.

State prosecutors had asked the court to jail Dmitriev for 15 years.

Dmitriev denied wrongdoing and his supporters say the case was fabricated to punish him for his work.