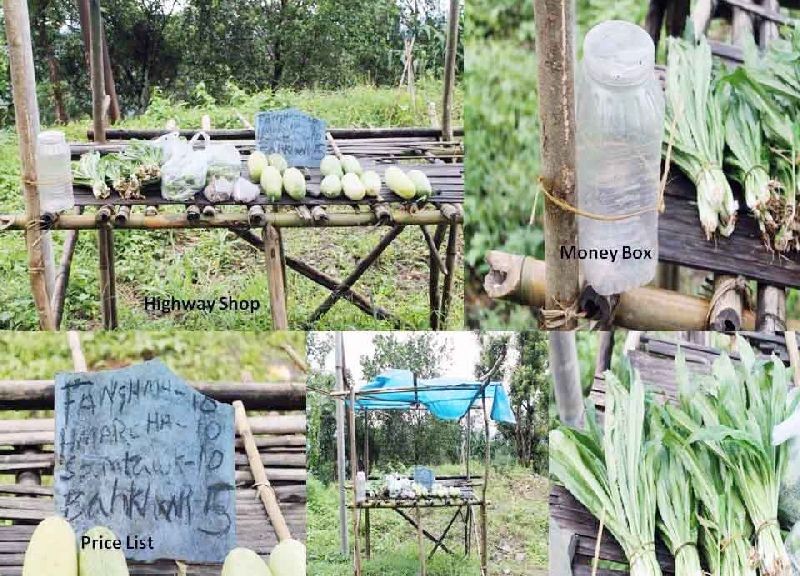 Amid the COVID-19 pandemic, with emphasis on the importance of social distancing, ‘shops without shopkeepers’ have become on handy again, Mizoram Chief Minister Zoramthanga stated on June 18.

“The nghah lou dawr (shops without shopkeepers)” is a unique concept in Mizoram, where the sellers unusually keep their products unattended, trusting the buyers to pay according to the rate list provided on a designated collection box, usually a simple plastic container or a simple Polythene bags.

Thus, the exchanges of goods, usually farm produces, are done without needing any physical interaction.

It is a common sight to see these makeshift shops, particularly along the highways in the state, whereby the farmers’ usually kept their products on the sideways for customers to buy while they work on their fields.

Left unattended, they depend on the honesty of the buyers to pay the stipulated prices, while being confident enough that the amount collected are not robbed by others.

Expounding the concept, Zoramthanga on Thursday share on his official Twitter account, various photos, highlighting how the concept has been used in other forms of trade.

“The year is 2020; #Honesty #Hospitality #Trust comes handy again for #Mizoram during these trying times of #COVID19 outbreak,” he captioned the photos.

In one of the photo, people are seen ‘buying’ foods such as rice and Chowmien from a makeshift stand, without any attendant, with a box for paying money alongside.

In another photo, various farm produces are seen in a bamboo shelf near a field, with price list on a slab of stone and a transparent “money box” sweet box plastic container.