Soon a bus solely for street vendors in Nagaland 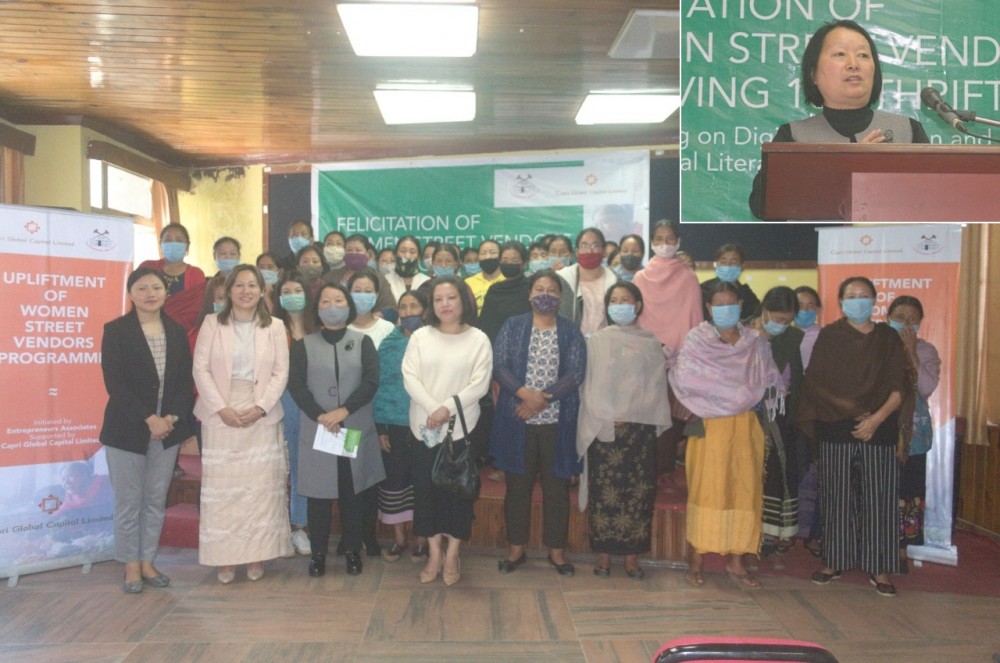 The Entrepreneurs Associates (EA) is set to launch a bus that will cater solely to street vendors transporting their produce from the interior parts of Nagaland to state capital Kohima.

The felicitation is part of EA's 'Uplifting Women Street Vendors' initiative 2017, where 54 street vendors were awarded with Rs 2,000 each for achieving a savings of Rs 10,000.

Under the initiative, over 2,000 women vendors in Nagaland have been trained on financial empowerment.

The initiative began with EA's findings on the struggles women street vendors undergo where they are not only unable to expand beyond selling vegetables by the road side, but fail to save for their future.

"This was something that was worrisome because our women were not making progress. It really propelled our program. Savings is a major emphasis of the program," said Doulo. Through the program, Doulo announced that some of the vendors have been able to save more than one lakh rupees over three years with some of them also able to buy lands.

"This is the kind of financial empowerment we are seeing through our program. And we are very happy to say that this has all been possible because of the support of the women and well wishers," noted Doulo. With the grave impact of the pandemic on street vendors, EA is also helping women street vendors with another initiative called 'Pay Back Environmentally'. Under the initiative, EA is enabling them to grow saplings and raise the nurseries where they will be paid Rs 2,000 and in return, the women will pay back by providing at least 100 saplings after a year.

EA will also be organizing a street vendor summit in April 2021 in Nagaland.

Special Guest, Nino Iralu, Secretary (Judicial), Law and Justice Department meanwhile stressed on the significance of street vendors in the community. Iralu said they are an important asset to any society.

"Street vendors form an integral part of urban economics by providing easy access to a wide range of goods and services in public spaces. You create jobs and employment not only for yourself but for porters, transport operators, storage providers, security guards etc. And you add vibrancy to urban life," said Iralu.

According to Iralu, street vendors also generate revenue for government through payment of licence, permit fee, fine and other such taxes and keep the city clean and safe for customers, besides providing them with friendly personal services.

"Women street vendors also strengthen your communities by providing the main source of income for your household- bringing food for families, paying school fees for your children," she said.

She also informed on the Street Vendors (Protection of Livelihood and Regulation of Street Vending) Act, 2014, which she hoped will soon be implemented in Nagaland. Iralu meanwhile reminded that with every right and privilege there is also a corresponding duty, and appealed the women to maintain cleanliness and take care of their health as they continue to be an asset to society.

An introduction to Aadhar micro ATM for easy transaction and a working session on usage of Micro ATM was presented by Yutho Sangtam, Admin Coordinator, EA.

Clarification:
The earlier version of the article said that the bus was solely for Kohima district. It is clarified that the bus will launched to cater street vendors transporting their produce from the interior parts of Nagaland to state capital Kohima. The article has been updated accordingly.