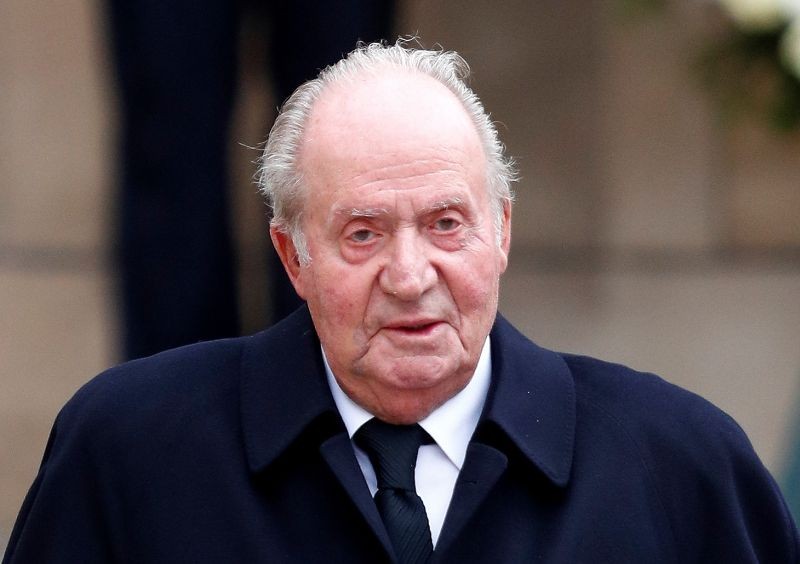 The 82-year-old former monarch has been living in the United Arab Emirates since leaving Spain in August to avoid further embarrassing his son, King Felipe VI.

"We are here to call for the corrupt former king to be prosecuted and to demand a republic," said Juan Morillo, 74, a retired teacher, who joined hundreds of demonstrators in Seville.

While not formally under investigation, Juan Carlos could become a target in two inquiries in Spain and Switzerland into alleged corruption associated with a 6.7-billion-euro (£6.1 billion), high-speed Saudi train contract won by Spanish firms.

Spain's supreme court prosecutor is considering whether to extend a corruption investigation into the train contract to formally involve Juan Carlos.

The former king has not commented publicly but his lawyer Javier Sanchez has said he is at the disposition of prosecutors if necessary.

A poll published last Monday for the Platform for Independent Media, a group of left-wing newspapers, found 40.9% of Spaniards preferred establishing a republic, while 34.9% said they supported the royal family and 24.2% said they did not know.

A poll published in August for the pro-monarchy ABC newspaper found 33.5% favouring a republic and 56% the monarchy, while 6% did not know and 4.1% were indifferent.