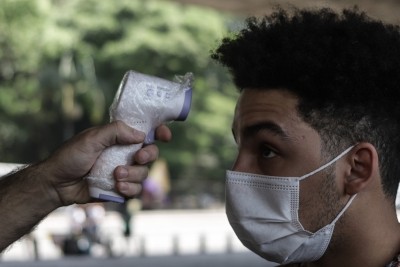 Brasilia, January 14 (IANS): A study conducted by a local Brazilian health department revealed that the presence of IgG antibodies, specific for SARS-CoV-2 virus which causes Covid-19, was detected in serum samples back in December 2019.

The study conducted by the department in the state of Espirito Santo said that 7,370 serum samples had been collected between December 2019 and June 2020 from patients suspected of being infected with dengue and chikungunya, reports Xinhua news agency.

With the samples analysed, IgG antibodies were detected in 210 people, of which 16 cases suggested the presence of the novel coronavirus in the state before Brazil announced the first officially-confirmed case on February 26, 2020.

The health department stated that it takes about 20 days for a patient to reach detectable levels of IgG after the infection, so it could have occurred between late November and early December 2019.

"Only with confirmation by the reference laboratory and the deepening of epidemiological studies will the Ministry of Health be able to confirm, or not, whether these cases were really positive for SARS-CoV-2," said the Ministry.

The development comes as Brazil currently accounts for the third largest Covid-19 caseload in the world after the US and India, and the second highest death toll after the US.