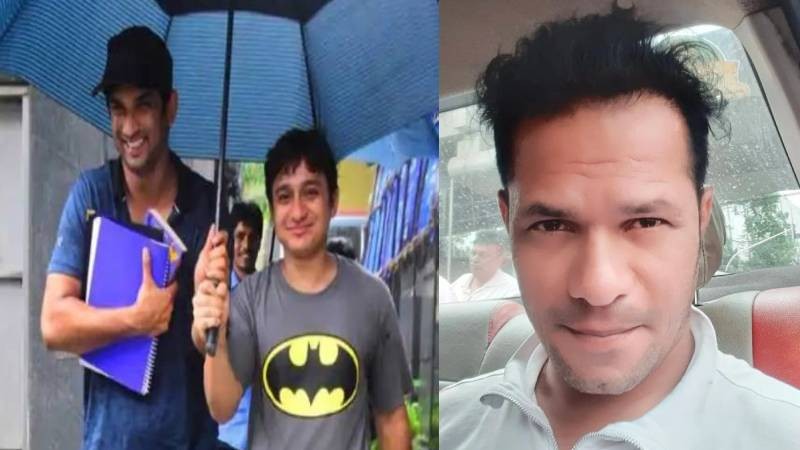 Choreographer Ganesh Hiwarkar, a friend of Sushant Singh Rajput, and Ankit Acharya, ex-manager of the late actor, have allegedly been threatened for speaking to the media, and have sought protection.

When IANS reached out to Ganesh on Tuesday, the choreographer informed: "Yes we have received threats. We just want to stay alert and cautious now. Till now we are safe. Ankit is staying with me now."

Earlier on Tuesday, Ganesh had written on his unverified Twitter account: "Need protection for me and Ankit."

Ganesh sounded shaken and did not reveal anything else regarding the threats he has received. However, more than his own safety, he is now worried about his late friend Sushant getting justice.

He posted another tweet later in the day, where he mentioned: "Thank you so much all of you for ur amazing support, cause of all ur blessings we feel protected, we will fight for Sushant till our last breath, now ankit is stay wid me from last 2 days we r together, just pray for Sushants Justice. Thank u so much."

Sushant Singh Rajput's family friend Nilotpal Mrinal has also shared a tweet on Tuesday where he informed: "Ankit and Ganesh both safe. Pls don't worry about them."

In an interview with IANS last week, Ganesh Hiwarkar had shared how Sushant had saved him from committing suicide in the past, when he was battling depression. The choreographer who is a friend of Sushant from his struggling days had also shared that he strongly believes that a positive person like Sushant cannot commit suicide.