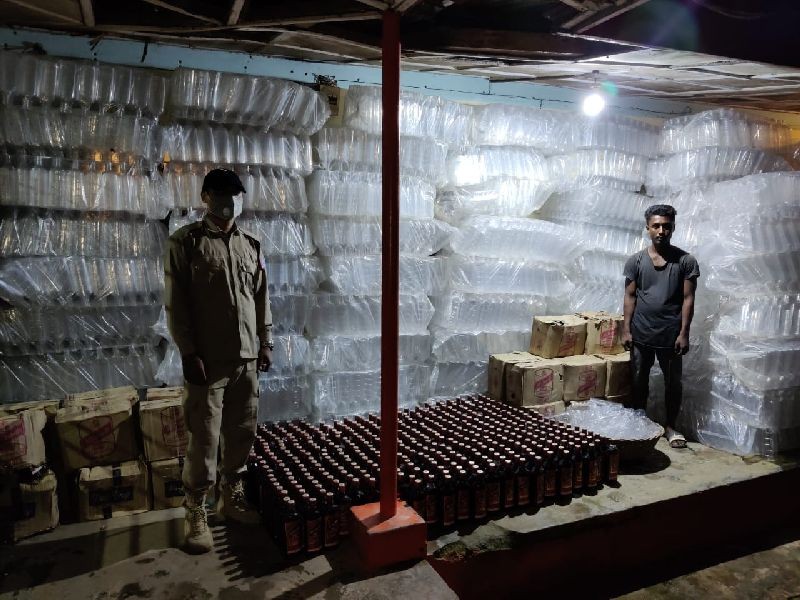 The arrested person along with the seized empty bottles and IMFL.
Nagaland
29th September 2020

A suspected IMFL adulteration unit was busted in Dimapur on September 29.  According to the police, the unit located near CIHSR, was raided by the Assam Rifles in the wee hours today.  An unspecified number of empty plastic bottles and several bottles of McDowell rum were recovered from the place. One person was apprehended but it could not be ascertained who actually ran the unit. The police added that investigation was on. There was no statement from the Assam Rifles informing of the raid.