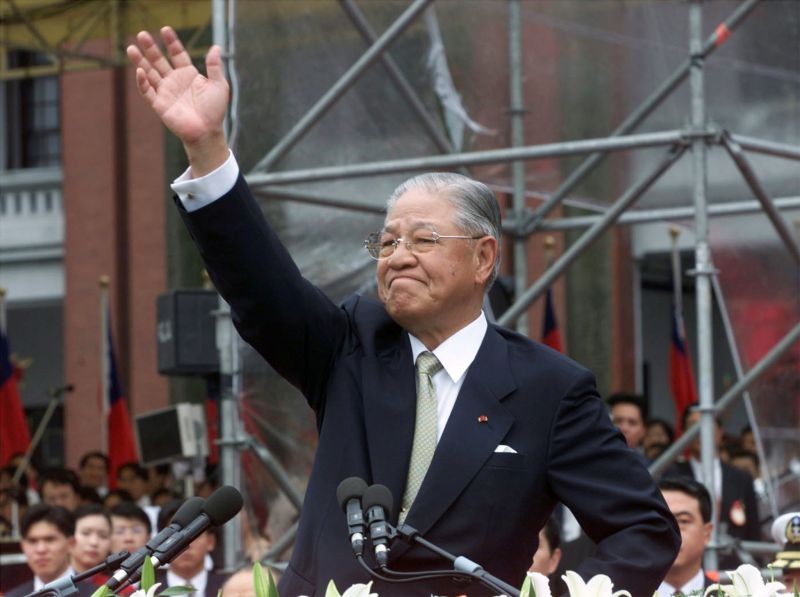 Former Taiwan president Lee Teng-hui waves to the crowd outside the presidential palace in Taipei on May 20 after his successor, Chen Shui-bian, was sworn in as Taiwan's next president. ( REUTERS File Photo)
World
31st July 2020

TAIPEI, July 31 (Reuters): The Taiwanese government on Friday said it will hold a state funeral for former President Lee Teng-hui, a figure respected on the island for ending autocratic rule but branded by mainland Chinese state media as a "national sinner".

Dubbed "Mr. Democracy" for ushering freewheeling pluralism and defying China's drive to absorb an island it regards as a wayward province, Lee died late on Thursday aged 97 in Taipei.

Vice President William Lai will lead a committee to organise the funeral and the government has ordered flags to fly at half mast across the island.

A venue will be set up for the public to pay their respects in Taipei, the Presidential Office said. The date of the funeral has not been decided, it said.

U.S. Secretary of State Mike Pompeo called Lee a crucial player in transforming Taiwan into a "beacon of democracy".

"We will honour President Lee's legacy by continuing to strengthen our bond with Taiwan and its vibrant democracy," he said in a statement.

Widely read Chinese state-backed tabloid the Global Times labelled Lee a "traitor" for being the "godfather of Taiwan secessionism".

"Lee's death is definitely not sad news to most people in the Chinese mainland," the newspaper published in an opinion piece late on Thursday.

"His image as a national sinner will never be changed in the history of China, and the separatists of the island can never change the historic trend that Taiwan will eventually be reunified with the mainland."

Lee's greatest act of defiance was becoming Taiwan's first democratically elected president in 1996, achieved with a landslide vote following eight months of intimidating war games by Beijing in waters around the island.

Beijing has not renounced the use of force to bring Taiwan under its control and has stepped up threatening military activity near the island in recent months.