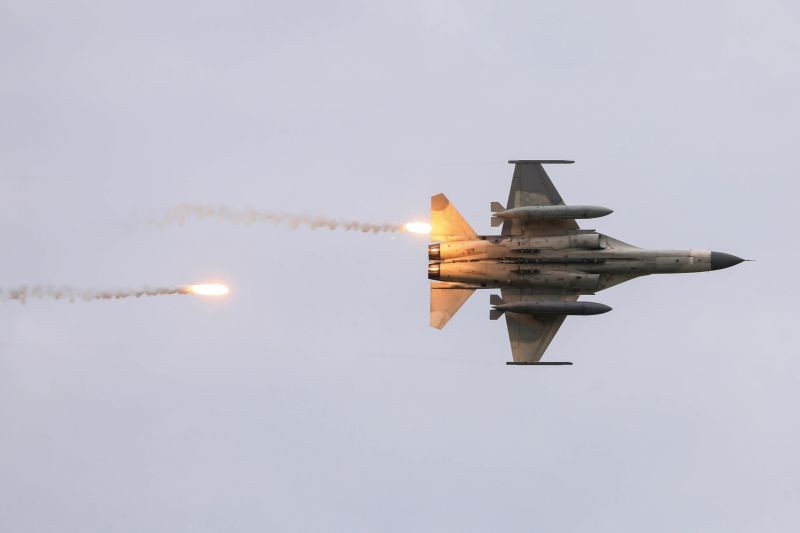 TAIPEI, September 17 (Reuters) - Two Chinese anti-submarine aircraft flew into Taiwan's air defence identification zone on Wednesday and were warned to leave by Taiwan's air force, the island's defence ministry said on Thursday, the day a senior U.S. official is due to arrive.

Taiwan has complained repeatedly about stepped up Chinese military activity in the air and waters near it, in what Taipei sees as part of Beijing's efforts to get them to accept Chinese sovereignty.

Last week, Taiwan said China carried out two days of mass drills off its southwest coast, between mainland Taiwan and the Taiwan-controlled Pratas Islands, which China called a "necessary action" to protect their sovereignty.

Taiwan's Defence Ministry said the two Chinese anti-submarine aircraft flew around the same air space to its southwest, and were given verbal warnings over radio to leave.

The announcement comes the same day U.S. Undersecretary for Economic Affairs Keith Krach is due to arrive in Taiwan, in a trip likely to further rile Beijing which regularly denounces United States support for the democratic island.