Talking points from the Bundesliga weekend 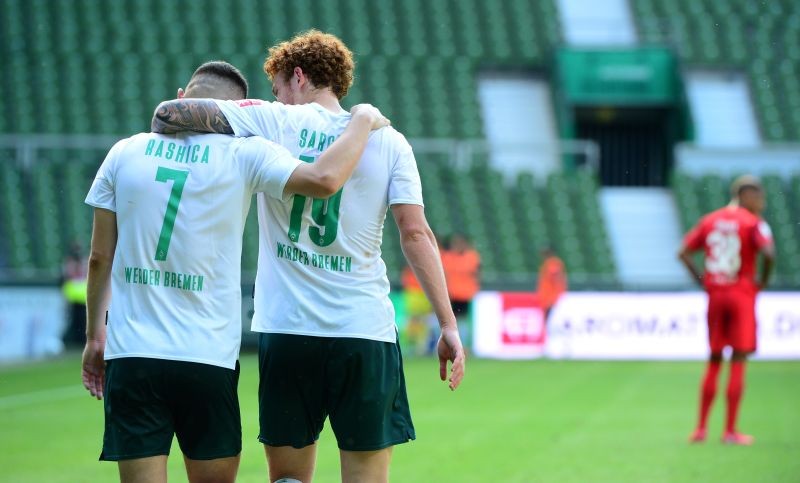 The Bundesliga's longest serving club, Werder Bremen, go into the relegation playoff games, knowing they are again in control of their own fate.

A 6-1 win on the final matchday against Cologne meant they were thrown a lifeline and will now face third-placed second division club Heidenheim in a two-leg playoff this week.

"It is now in our own hands," Bode said. "We are confident but also cautious because we know this season we always had setbacks after success."

Werder managed just the one win in their last three league games.

"Overall it remains a bad season. We will look at it and discuss it in detail to see what we can do differently in the future," Bode said.

The four-time Bundesliga champions have been relegated just once in 1980 and have spent more seasons in the top flight than any other German club, including record champions Bayern Munich.

Fellow northern club Hamburg SV are starting internal discussions following their failure for a second season to win promotion to the Bundesliga, after needing only a point against Sandhausen but losing 5-1 on the final matchday.

Club president Marcell Jansen partly blamed the absence of the fans and the team's inconsistent performances following the Bundesliga restart in May for their narrowly missing out on potential promotion which was a "brutal disappointment".

Hamburg were the only club to have spent every season in the Bundesliga since its creation in 1963 when they were relegated two years ago.

The future of coach Dieter Hecking is also unclear, with the former European and German champions forced to languish for a third season in the second division.

"To say something now with all the emotions boiling would be wrong," Hecking said.

The Pole kicked off his season with a record of netting in the first 11 consecutive matchdays and never let up. He scored a total of 34 league goals in 34 matchdays, second only to the great Bayern striker Gerd Mueller, who managed 40 in 1972.

Lewandowski also set up another four goals as Bayern grabbed their eighth successive Bundesliga crown and Lewandowski was the league's top scorer for the fifth time.

"34 goals in one season is unbelievable," said Bayern CEO Karl-Heinz Rummenigge. "Robert Lewandowski is just the best centre forward in the world."