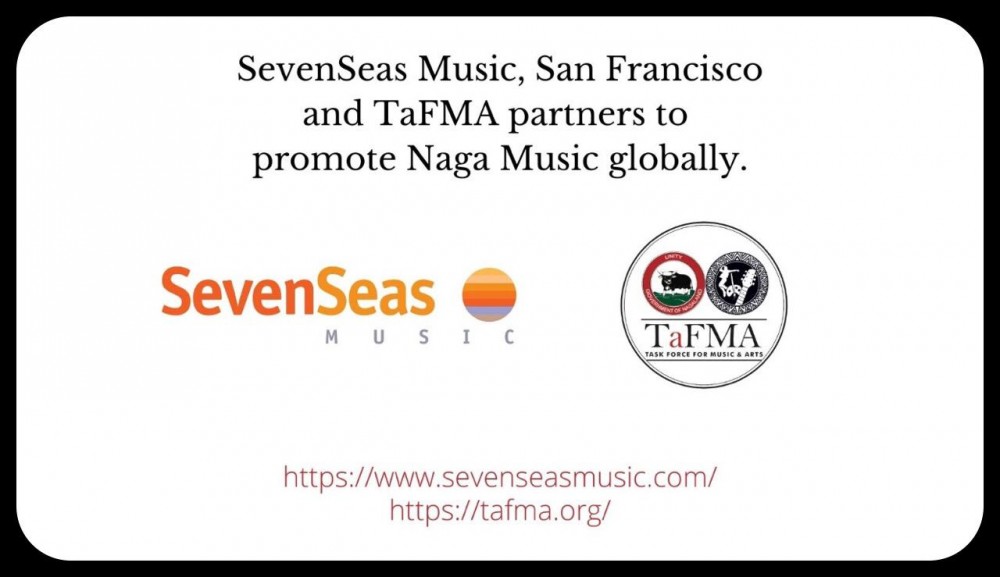 Seven Seas Music is a platform to ‘discover, listen, and license music from independent artists around the world.”

Informing this on a Twitter update on January 18, Nagaland Chief Minister Neiphiu Rio wished the partnership ‘all success.’

“I am happy to learn that @sevenseasmusic San Francisco and @TafmaNag #Nagaland have joined hands to promote Naga music globally. I wish this partnership all success.”

The official handle of TaFMA also expressed gratitude to the Chief Minister for his “ vision to take Naga music to the ends of the earth.”

Other details of the partnership were not available at the filing of this report.

Based in San Francisco, Seven Seas Music described itself as a “music licensing and discovery platform that helps media professionals quickly stream and license authentic music from around the world.”

On the platform, music supervisors, producers, and other creators can search for culturally diverse sounds to accompany their visual content.

Users are able to purchase individual or blanket legal licenses for their favorite tracks and monies collected go back to the artists in their respective countries, it said.

According to its website, Seven Seas Music “empower both sides - producers and artists - and deliver memorable audio-visual experiences to audiences” by offering music from emerging and established artists from around the world with portfolio of over 30,000 songs by 3,600 artists from 155 countries.”

The primary objective of TaFMA, rebranded in July 2019 from the erstwhile Music Task Force (MTF) of Nagaland “to broaden its scope of reach and make it more inclusive," is to promote artists in Nagaland.