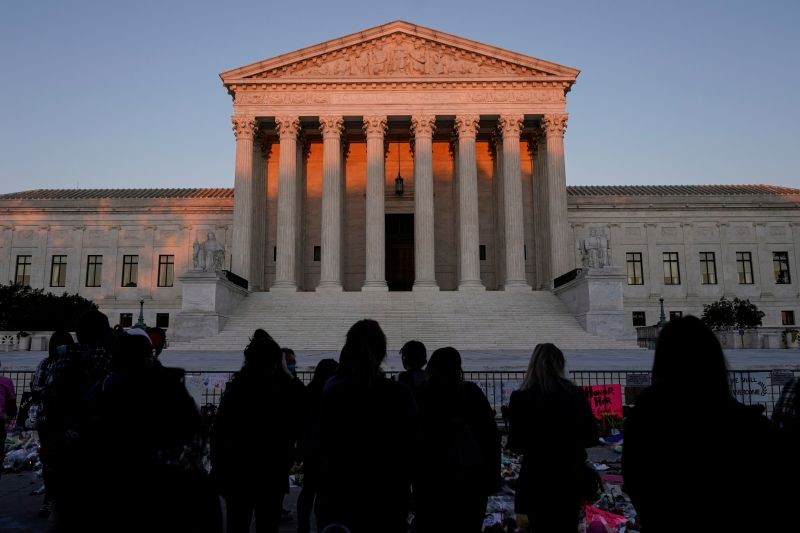 People gather to mourn the death of Associate Justice Ruth Bader Ginsburg at the Supreme Court in Washington, US on September 20, 2020. (REUTERS Photo)
World
21st September 2020

WASHINGTON, September 21 (Reuters): President Donald Trump said on Monday he is looking at four or five jurists to replace the late Ruth Bader Ginsburg on the U.S. Supreme Court and he will announce his nominee on Friday or Saturday.

Trump pushed ahead with plans for his third U.S. Supreme Court nomination, which would cement a 6-3 conservative majority, as some Republicans wavered on whether to support the move weeks before an election.

The Republican president said in an interview with Fox News that he wanted to wait out of respect for Ginsburg, a liberal justice who died on Friday at age 87. "We should wait until the services are over for Justice Ginsburg," he said.

The death of liberal icon Ginsburg upended the campaign season, giving Trump and his party an opportunity to strengthen its grip on the court whose decisions influence most spheres of American life, from healthcare to gun rights to voting access.

Trump said a vote on his Supreme Court nominee should come before the Nov. 3 election.