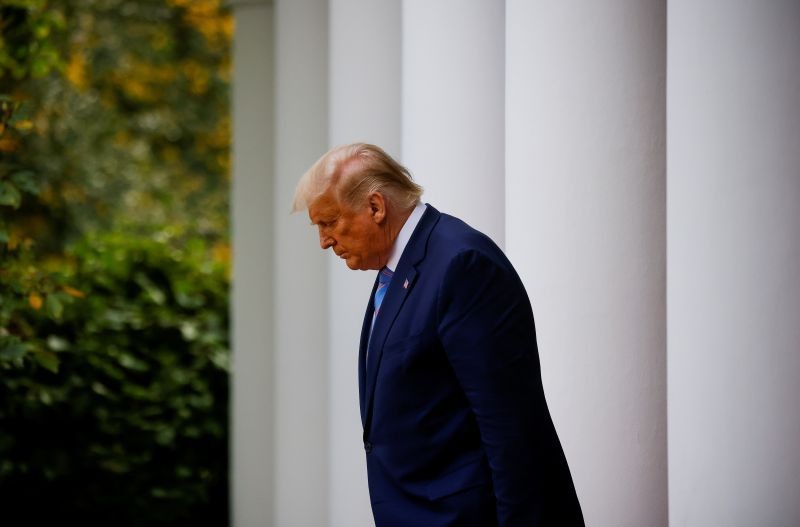 U.S. President Donald Trump arrives to speak about the administration's coronavirus disease (COVID-19) testing plan in the Rose Garden at the White House in Washington, US on September 28, 2020. (REUTERS Photo)
World
29th September 2020

WASHINGTON, September 29 (Reuters): A report that Donald Trump paid little or no federal income tax in recent years sparked broad outrage on Monday, from rich Democrats to teachers and coffee shop workers taking to social media to claim they had paid more taxes than the U.S. president.

The #IPaidMoreTaxesThanDonaldTrump hashtag began trending on Monday, while Democratic rival Joe Biden's election campaign, seizing on the backlash, launched a pin with the words: 'I Paid More In Taxes Than Donald Trump.'

"In 2017, I paid $32 million more in federal taxes than Donald Trump," Tom Steyer, a billionaire environmentalist and a fierce critic of the president, wrote on Twitter.

Trump defended his record on Monday after the New York Times reported he had paid just $750 in federal income taxes in both 2016 and 2017, after years of reporting heavy losses from his business enterprises.

In a series of Twitter posts, the Republican president said he had paid "many millions of dollars in taxes" and that he had many more assets than debt. He did not provide evidence or promise to release any financial statements before the Nov. 3 presidential election.

It is unclear whether the events will affect how Americans vote. Trump's Twitter posts received tens of thousands of 'likes', as his supporters spoke out in his defense.

"As a group, the richest pay a much higher share of their income in federal taxes than others. But there is a subset who avoid paying much if any," Callas wrote on Twitter.

Polly Hartsook, 68, who runs a farm with her husband in Ringgold County, Iowa, said the tax system was written to help "job creators."

"My guess is Donald Trump didn't prepare his tax returns, his tax preparers did it," said Hartsook, who said she voted for Trump in 2016 and will do so again. "Rather than give his money to the Treasury, Trump reinvests his money in things that provide jobs to other people."

For others, the idea that the real estate mogul had paid so little in taxes touched a raw nerve.

Amy Grandinetti, 48, a nurse from Columbus, Ohio, who said she was backing Biden in November, described Trump's tax avoidance as "insane."

"He's been living outside the system his whole life," she said. "This should give serious pause to the average American."