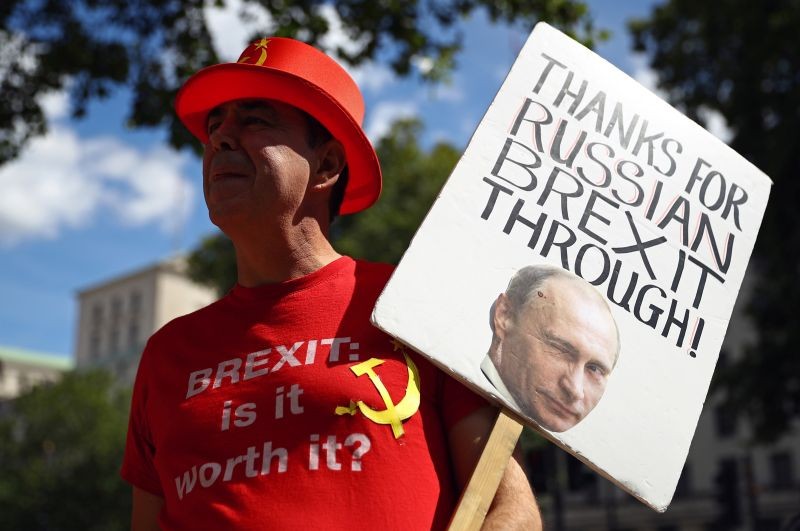 LONDON, July 21 (Reuters): Britain's government failed to find out whether Russia meddled in the 2016 referendum on membership of the EU, a parliamentary report released on Tuesday said, saying the intelligence services should investigate and make their findings public.

The long-anticipated report by parliament's intelligence and security committee found that Russia had tried to influence a separate referendum in 2014 when voters in Scotland rejected independence.

But it said the committee was unable to determine whether Russia had attempted to influence the European Union referendum, which led to Britain's exit from the bloc this year.

"It is nonetheless the Committee's view that the UK Intelligence Community should produce an analogous assessment of potential Russian interference in the EU referendum and that an unclassified summary of it be published," it said in the report, which was produced more than a year ago and shelved until now.

The government of Prime Minister Boris Johnson, who came to power as one of the leading figures in the victorious campaign to leave the EU, rejected the call for a further review. A spokesman for Johnson said the prime minister was confident the referendum result to leave the EU was fair.

The report cast Russia as a hostile power which posed a significant threat to Britain and the West across a range of fronts, from espionage and cyber to election meddling and laundering dirty money.

"It appears that Russia considers the UK one of its top Western intelligence targets," the report said.

It said there were open source indications that Russia had sought to influence the Brexit campaign. But hard evidence had not been produced.

"The key point is ... they had not sought even to ask that question and that is at the heart of this report," Stewart Hosie, a Scottish National Party member of the committee, told reporters.

"We have a long period recognising the enduring and significant threat posed by Russia," he said. "We are not for a second complacent."

Russia has repeatedly denied meddling in the West, casting the United States and Britain as gripped by anti-Russian hysteria.

"Russia has never interfered in the electoral processes of any country in the world - not the United States, not Britain, nor any other countries," Kremlin spokesman Dmitry Peskov said.

Relations between London and Moscow plunged to post-Cold War lows after Britain blamed Russia for poisoning former Russian spy Sergei Skripal and his daughter Yulia with a nerve agent in the English city of Salisbury.

Last week, the British government said it believed Russian actors had tried to meddle in last year's general election, which was held after the report published on Tuesday was finished.

When discussing the EU referendum, the report is heavily redacted and there was a classified annex that was not published.

The committee also cast Russia as a source of corrupt money that had been welcomed in London, the world's premier international financial capital.

"The UK welcomed Russian money, and few questions - if any - were asked about the provenance of this considerable wealth," the report said. "The UK has been viewed as a particularly favourable destination for Russian oligarchs and their money."

"It offered ideal mechanisms by which illicit finance could be recycled through what has been referred to as the London 'laundromat'," the report said.